The Ghost in the Shell: Stand Alone Complex Vol. 4

Stand Alone Complex takes place in the year 2030, in the fictional Japanese city of New Port. Thestory follows the members of Public Security Section 9, a special-operations task-force made up offormer military officers and police detectives. The manga presents individual cases that Section 9investigates, along with an ongoing, more serious investigation into the serial killer and hacker known only as "The Laughing Man." 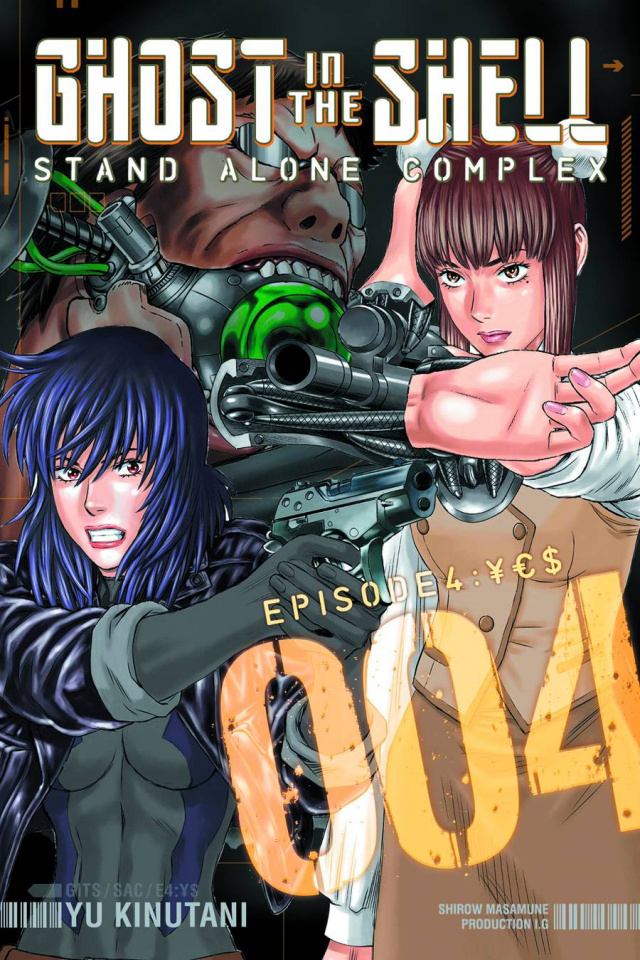