John Carter is far from home, and his enemies have enslaved the mind of his only ally, Tars Tarkas. Carter is left with a brutal choice: kill his greatest friend, or allow Mars to descend into a war that could well destroy the Red Planet. What's he to do? How about a little impromptu surgery, followed by some serious ass-kicking? An epic showdown for the future of Barsoom awaits readers in Warlord of Mars #30: Red Tears, the final installment of the thrilling "Savages of Mars" storyline! 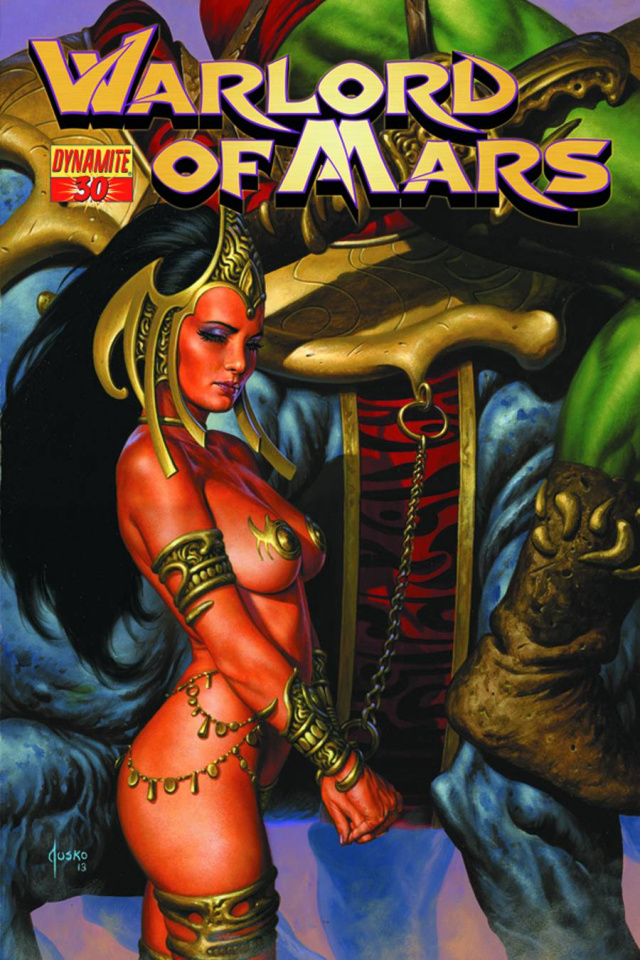