The Shadow: Year One #4 (Wagner Cover)

After confronting the mysterious man who is apparently posing as Lamont Cranston, Margo Lane finds herself drawn into a world of violent intrigue as an agent of The Shadow! Carnage escalates in the mob war begun by Big Gun Massaretti but secretly orchestrated by the grotesque figure known only as Dr. Zorn! Meanwhile, The Shadow begins to recruit what will become his famous network of operatives. Eisner Award winning writer, Matt Wagner continues this pulp masterpiece that for the first time reveals the fledgling adventures of one of pop culture's greatest iconic heroes! Joined by artist Wilfredo Torres and Wagner's own son on color detail, this hit series excitingly explores what evil lurks in the hearts of men! 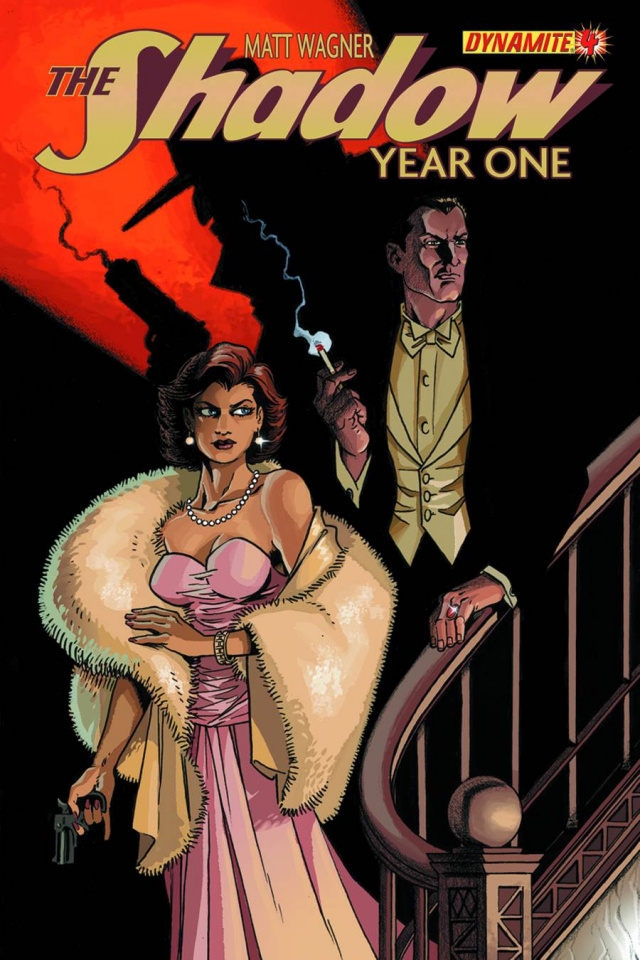