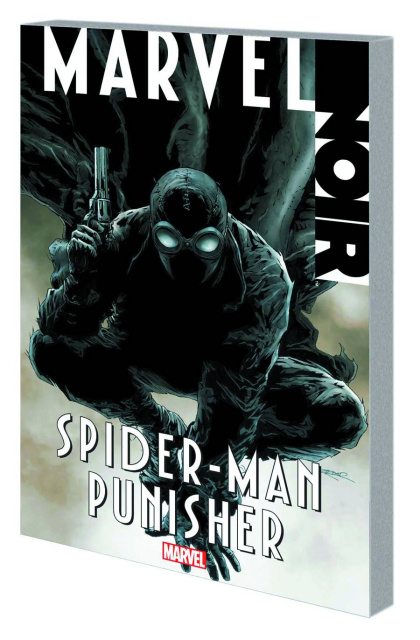 Along came a spider - and an unstoppable, unyielding, merciless force of nature!

Corrupt mob boss the Goblin and his gang of circus freaks rule 1930s New York. Peter Parker is an embittered young man searching for justice. After the life-changing bite of a mystical arachnid, Peter inherits the force to change the city he loves - but when one crimelord falls, another always rises to take his place. And what's going on in Otto Octavius' lab? The Spider-Man must find out fast, before his friend Robbie Robertson is lost forever.

The merciless vigilante named the Punisher targets mob boss Dutch Schultz, who calls in big guns Barracuda and Jigsaw to protect him - but the violence is about to engulf the souls of a small-time grocer and his impressionable young boy. Collecting SPIDER-MAN NOIR #1-4, SPIDER-MAN NOIR: EYES WITHOUT A FACE #1-4 and PUNISHER NOIR #1-4.