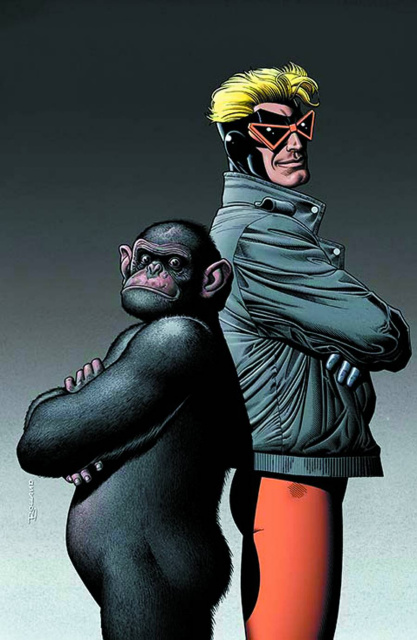 Grant Morrison's epic run on ANIMAL MAN collected in one massive hardcover for the first time, including issues #1-26 and a tale from SECRET ORIGINS #39. Buddy Baker is more than just a second rate Super Hero-he's also a family man and animal rights activist. Now, as he tries to jump-start his crimefighting career, he experiences visions of aliens, people transforming into strange pencil-like drawings, and hints of a terrible crisis lurking around the edges of reality. And as his odyssey of self-discovery gives way to spiritual enlightenment as well as the depths of despair, Buddy meets his maker: a writer named Grant Morrison.