As the race to recruit the false bloods on earth begins to heat up, Baba Yaga and the Sea Witch join forces in order to unleash a powerful being who could not only tip the balance in the battle between the forces of good and evil but may very well threaten all life on Earth. It is a being known only as...HELIOS. Featuring the very first appearance of a brand new villain whose existence will change the Grimm Universe forever. 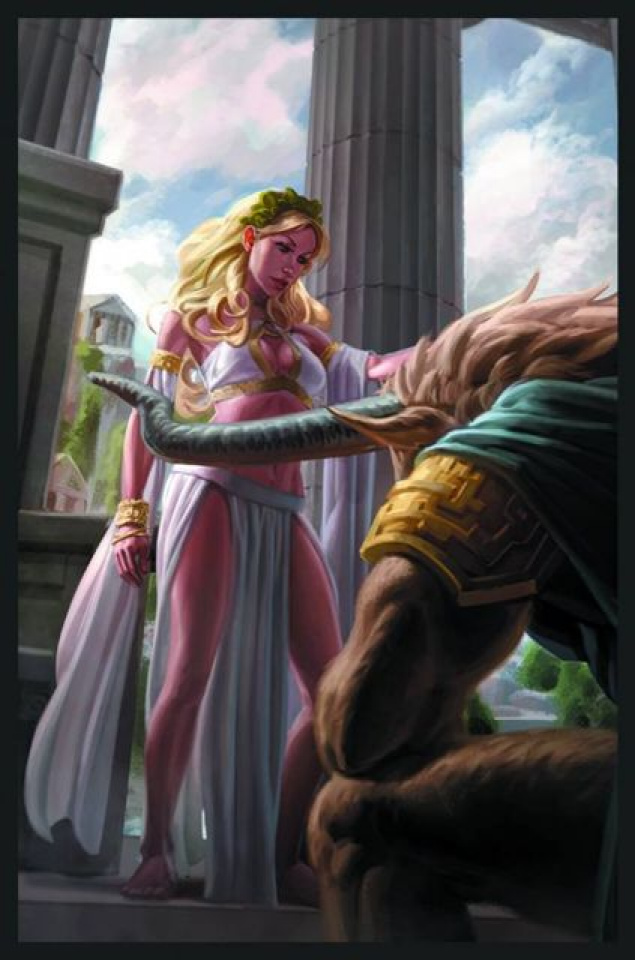