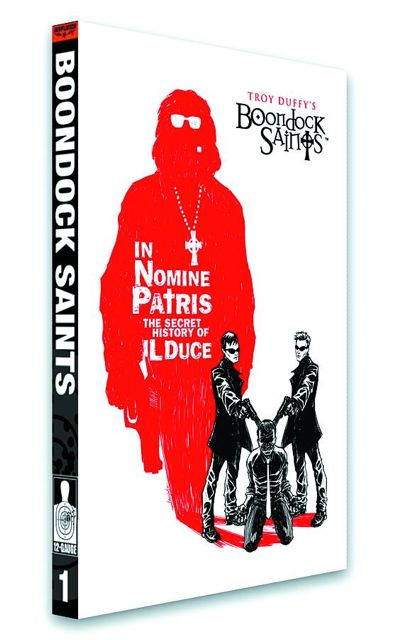 With PREVIEWS Exclusive content! The Boondock Saints Limited Edition hardcover includes 16-exclusive pages of behind the scenes content not found in the soft cover version and has never been in stores! Launching out of the wildly successful Boondock Saints film franchise, this inaugural comic book collection chronicles the first story to take place outside of the cult-hit films. Written by Boondock Saints creator/writer/director Troy Duffy and comic scribe J.B. Love, the 'In Nomine Patris' saga is the perfect companion to the films. Troy Duffy reveals some of what happened between the films, as well as the brother's journey to uncover the full extent of their family's legacy of violence, leaving a path of vengeance in their wake!