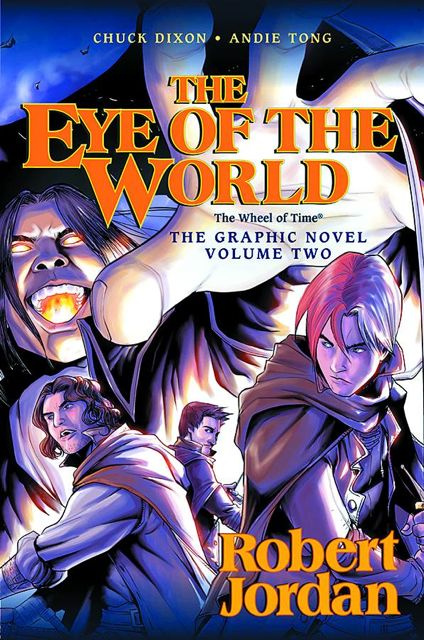 The Wheel of Time: Eye of the World Vol. 2

The second volume of the magnificent New York Times-bestselling graphic novel adaptation of Robert Jordan's The Eye of the World. Rand al'Thor, Egwene al'Vere, and their friends flee their home village in the company of Moiraine and her Warder, Lan Mandragoran. Pursued by their enemies, the group seeks sanctuary in Baerlon. Rand's nightmares grow darker. Moiraine takes Egwene under her wing. Lan warns them to trust no one, but should that distrust extend to Lan and Moiraine as well?