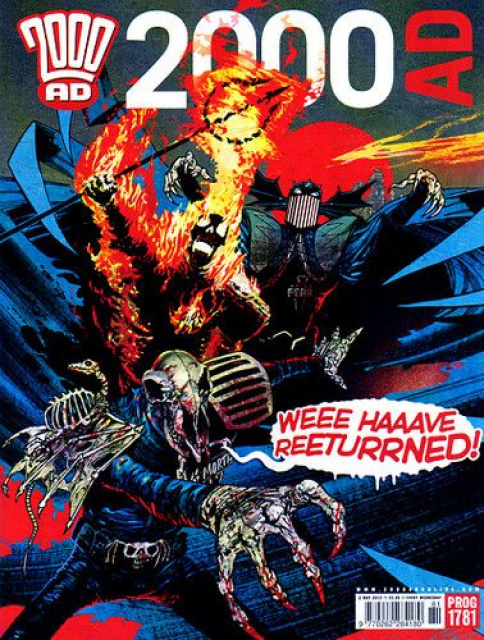 2000 AD, the UK's multi-award-winning, massively influential SF anthology comic, is now in its 35th year of continuous weekly publication, and it's stronger than ever! Mega-City One is reeling as Sov agents unleash hell in Judge Dredd: 'Day of Chaos' by John Wagner; the Nikolai Dante saga comes to a close after fifteen stunning years with 'Sympathy For the Devil' by Robbie Morrison and Simon Fraser - but is the Russian rogue ready to lead an entire nation? Vegas Carter and her band of dinosaur herders face a new evolutionary terror in Flesh: Midnight Cowboys by Pat Mills and James Mckay; the Zaucer of Zilk comes to its phantasmagorial finale, courtesy of Al Ewing and Brendan McCarthy; and Cadet Anderson heads out on a new case seeking a dangerous psi-perp in 'Algol' by Alan Grant and Steve Yeowell!