Isaac is a talented artist with no money, but with a wonderful lover back in the 18th century. He runs into a rich Captain who is taken by his abilities and hires him with a handsome stipend to come along on his voyages. It turns out he's a pirate. Isaac had signed on to make some quick money to come back and marry the love of his life, but has instead embarked upon a series of at turns hilarious and dark adventures on the high seas from the Caribbean to the icy North, with apparently no end in sight! Winner of the top prize in France for Best Album. Collects the two volumes out so far in the series. 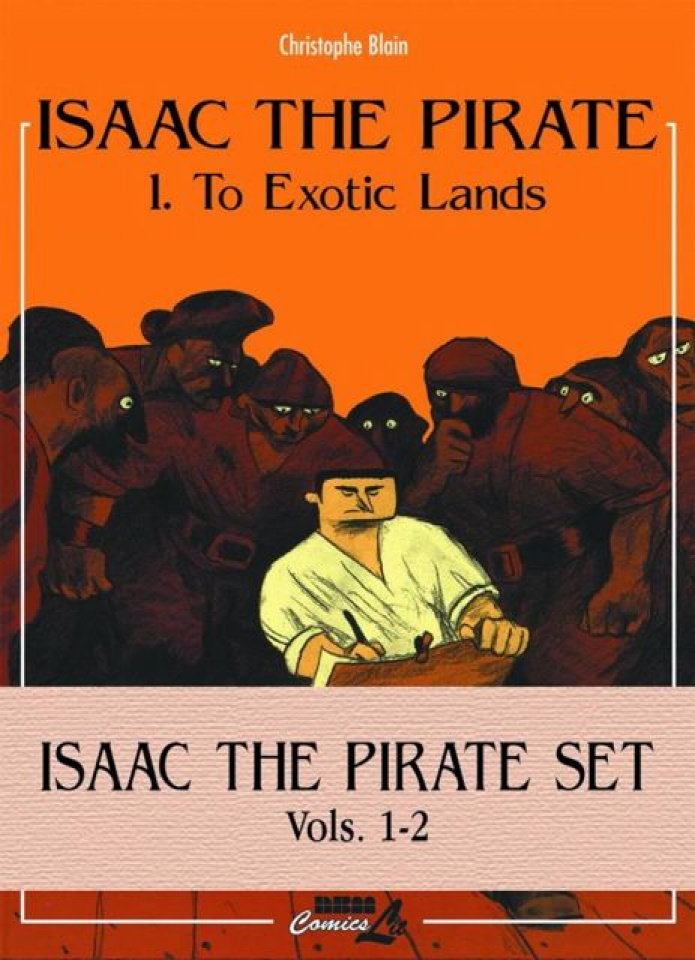