The Living Corpse rises from the grave in his all new Dynamite debut! Once he was a mindless zombie, but now he is The Living Corpse, protector of the border between the world of the living and the realm of the dead! In this volume, The Living Corpse and his vampire friend, Lilith, must fight their way through a sleazy Nosferatu, a pissed-off Skunk Ap... I mean Bigfoot, the Invisible Man and the US Corpse Corps--- the best and brightest dead marines brought back to life as cyborgs by the evil Doctor Brainchild! And it all leads to the final confrontation with The Living Corpse's son, Agent Romero in a bloody battle that not everyone with survive! Collecting issues #1-6 of the hit series, along with all of the series covers and more! 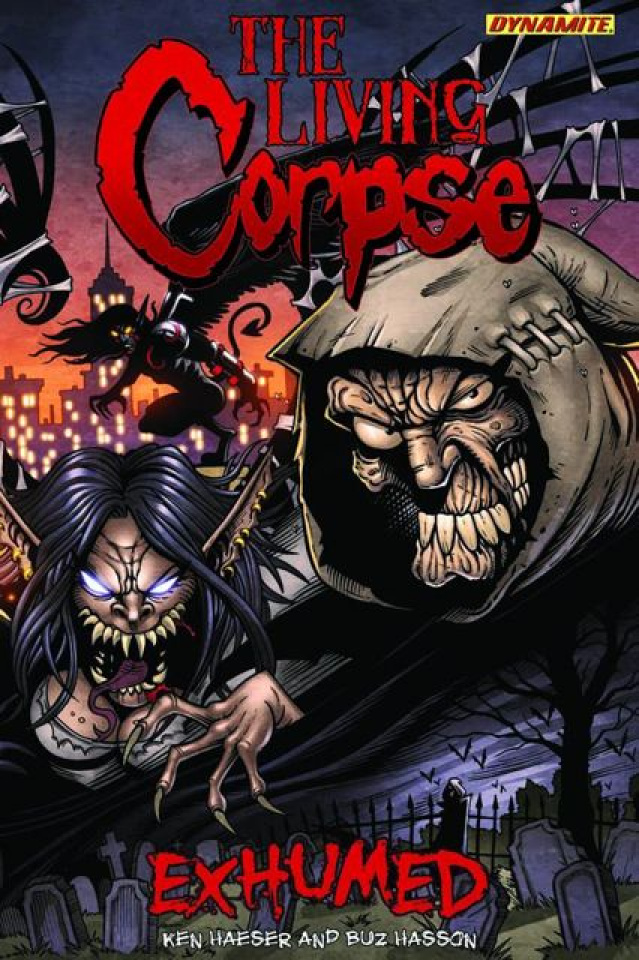