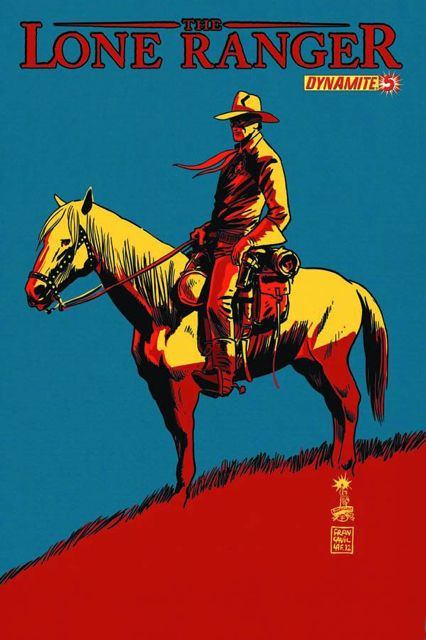 Stampede! Part three of the 'Hanging' story line finds Lone Ranger ready to swing from the gallows of a town called Utopia. Tonto has made his way back from death at the bottom of a canyon, but now he has just one chance to save the Ranger. Taking that chance could leave both heroes dead, along with half of Utopia's citizens. It's a deadly stampede of justice, as the Hard Country arc nears its thunderous conclusion.