Eisner Award winning writer David Lapham delivers a fresh punch to the face with his new ongoing series about crime, family, and being a lazy, yet invulnerable, private detective. Dan is something of a hired man. Whatever one needs doing, be it detective work, muscle work, blackmail work, or bedroom work - Dan's your man. Dan's not afraid of anything because Dan's totally unharmable. You can beat him with sticks, stick him in the oven, throw him off a bridge, or shoot him in his noggin its all the same to Dan. He's never met an insult that bothered him or a person he cared about-at least for more than a night. Dan prefers not to be shackled down by worldly goods. He works for just enough dough to keep him in cigs and beer for a night or two, maybe a room, and he's content. Dan's bohemian paradise is all about to change, however. You see, back before Dan was so unharmable he left a few loose ends. Now those loose ends are growing up and their mother's been murdered, which not only means that Dan has to solve his most personal case yet, he's now legally responsible for four human beings who are anything but unharmable.... Dan the Unharmable is a new ongoing series by noir legend, David Lapham featuring art by Rafael Ortiz. Available with a Regular, Wraparound, and special Retro Incentive cover by series artist Rafael Ortiz. 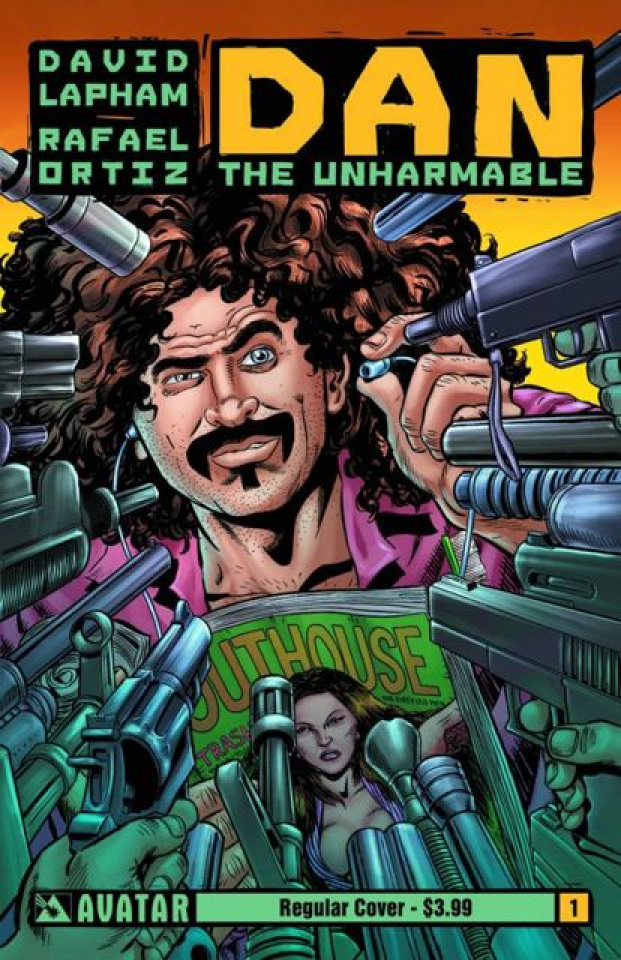