The Blue's fiercest warrior returns as FATHOM: KIANI vol 2 continues! In Volume One, she discovered her true identity. Later, she was labeled a dissident by her own people. Finally, she was killed by Aspen Matthews… Now, Kiani is back-and she's pissed! Following the destruction of the recently built Blue and Human cooperative research facility, Kiani finds herself back in Marielle, the underwater city she once naively called home, to establish a new base of operations for her team. Meanwhile, tensions between the Elite Council led by Siphon and Saba's commander Thallassar have reached a boiling point as Saba's citizens begin to flee the war-torn city to join Kiani's cause, leaving Saba's leader grasping for control. And when Thalassar decides to take matters into his own hands, Kiani is forced to make a difficult choice of whether or not to battle her former soldier in arms, and seal her confirmation as an enemy of the state! 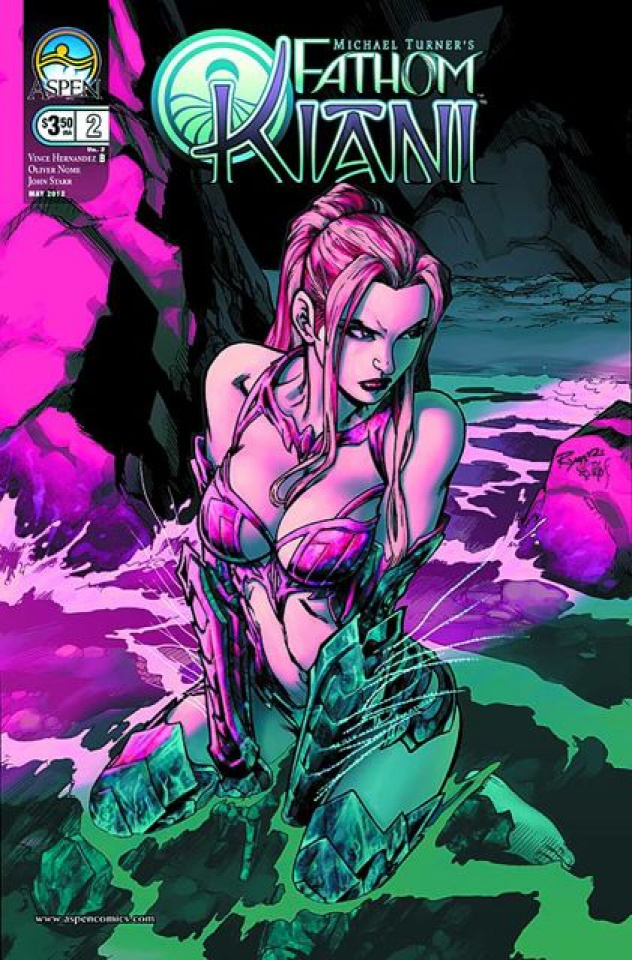