Stardust is duped by her nemesis Proxima in a story from her Rurian days, while She-Cat faces a new menace at Mardi Gras; Nightveil angsts about the villainous Wampyr and Ms. Victory meets an old threat. Plus, a Pyrogirl solo tale by Will Meugniot and Rock Baker. The late, great Eduardo Barreto was working on this issue before his untimely passing late in 2011. Unfortunately, he was not able to complete an intended interior story for the book, but he did contribute the book's spectacular color cover! 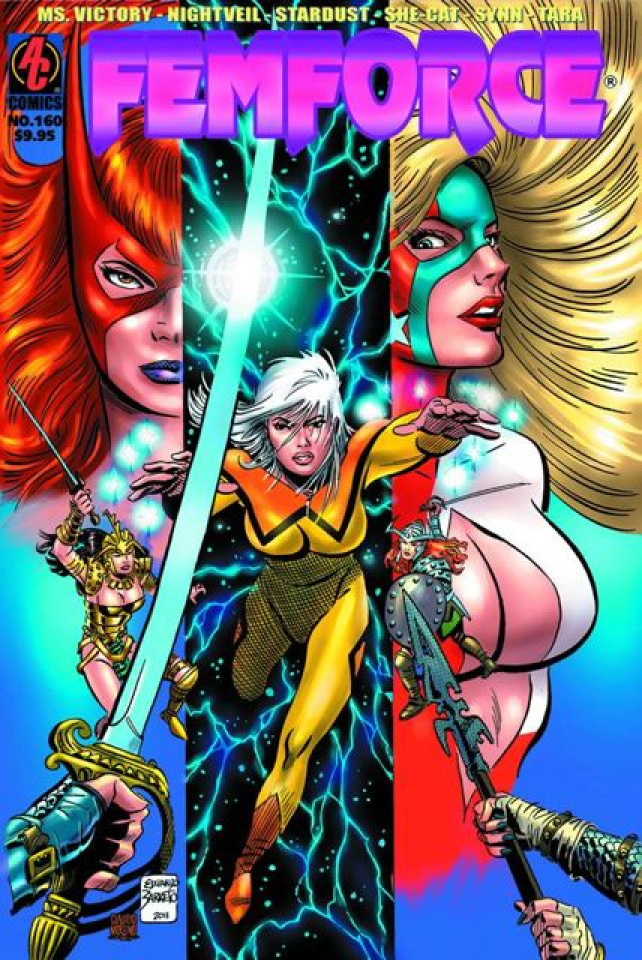