'Kyla Nicolle: Canada's Next Great Super Model?' It's the question everyone is asking in The Great White North. Watch the feisty redhead in head-to-head action against Zootanapuss as 'Zootanapuss vs. High Fashion Models' nears its climax. 'When Sudden Death Isn't Enough For a Girl and Her Bonny: SHOOT-OUT!' In the History of Photorealism section, a close examination of Stan Drake's version of the car crash that claimed the life of Alex Raymond as documented in Arlen Schumer's 'Alex Raymond's Last Ride.' 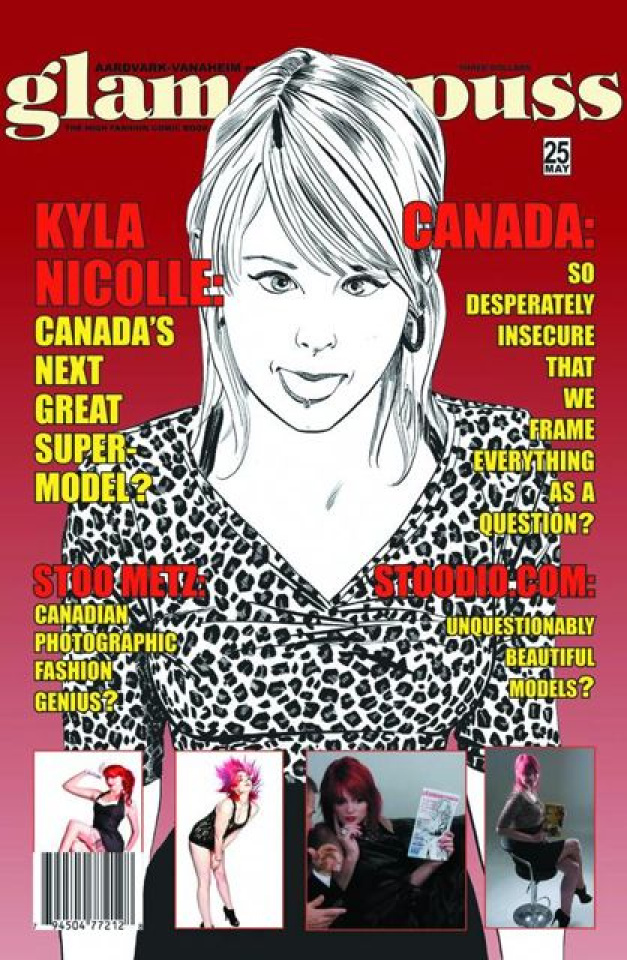