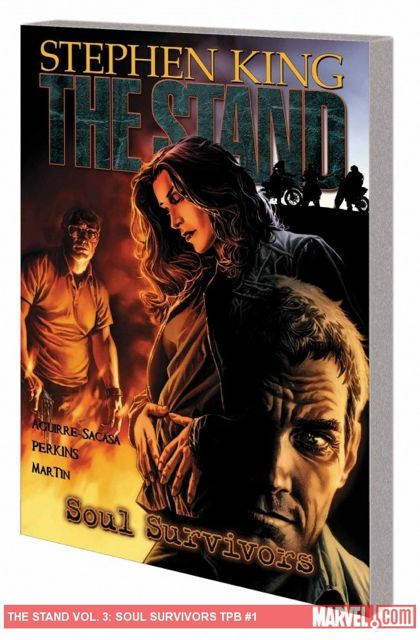 Three bands of weary survivors regroup in an American nightmare - all sharing the desperation of survival in a world bereft of hope and the deadening desolation of the soul that comes with it. But when the hard work of living to see another day is done, there come the dreams: persistent dreams of an old, guitar-playing black woman on a front porch in Nebraska, offering the promise of hope. But Mother Abagail shares the dreamscape with nightmare visions of the Dark Man, Randall Flagg - he of the soulless crows, the feral animals and the creeping death of world's end. As these two battle in the hearts, minds and dreams of the last standing, who will be the 'soul survivor?' Marvel's adaptation of celebrated author Stephen King's popular apocalyptic novel continues! Collecting THE STAND: SOUL SURVIVORS #1-5.