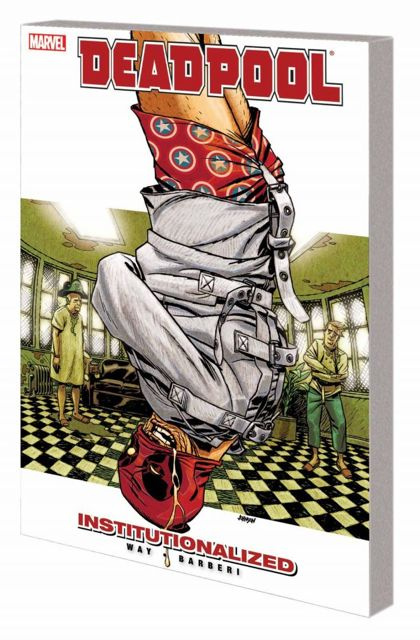 After a vicious run-in with the Hulk put his healing factor to the test, Deadpool wakes up to find himself incarcerated in a prison for the criminally insane. Placed in the special care of Dr. Ella Whitby, Deadpool uses his special 'charms' to hammer his way to the top of the inmate hierarchy and seduce the plug-ugly psychotherapist to help him escape. But when Whitby's treatment starts to take effect on Deadpool's scarred psyche, the Merc with a Mouth runs the risk of actually being cured! Will Deadpool finally find some semblance of sanity? Can he escape prison without the help of the voices in his head? Collecting DEADPOOL (2008) #40-44.