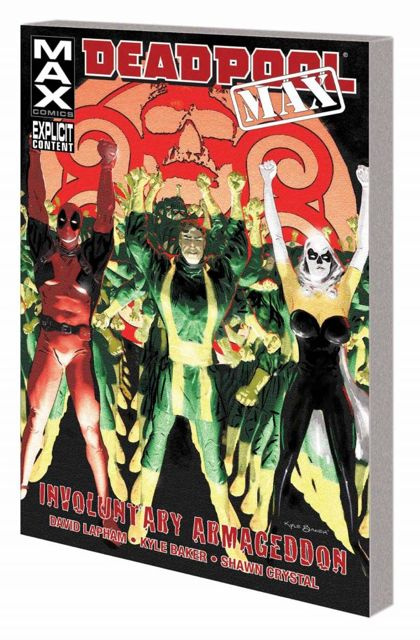 Crazy is as crazy does! Wade Wilson ditches his job as the government super-assassin known as Deadpool to spend the rest of his life making sweet, sweet love to his blushing bride, Domino. Or is it Inez? Or Honey Moon? Or Luau Luau, the Hawaiian spirit of vengeance? Take your freakin' pick, because things spiral straight down the tubes when she goes on a murdering spree that threatens to destroy Deadpool's newly formed nuclear family. And Deadpool's handler Bob gets back to work as the two take on machine-gun-wielding hookers and their own twisted histories, using teamwork and good old-fashioned American ingenuity. And guns. And swords. Marvel as two broken men attempt to take down the worldwide terrorist network Hydra in a story so shocking it could only be told by MAX! Collecting DEADPOOL MAX (2010) #7-12.