BACK IN PRINT! Reintroducing the outrageous story of THE PRO in a paperback version of the deluxe hardcover edition. Just when you think GARTH ENNIS has gone too far, just when you thought it was safe to walk the streets, just when you thought no one would go near the idea of the world's first superhero prostitute...here comes THE PRO! Plus, in 'The Pro Meets the Ho,' our plucky heroine faces a super-powered 'soiled dove' whose powers of perversion exceed the Pro's own! 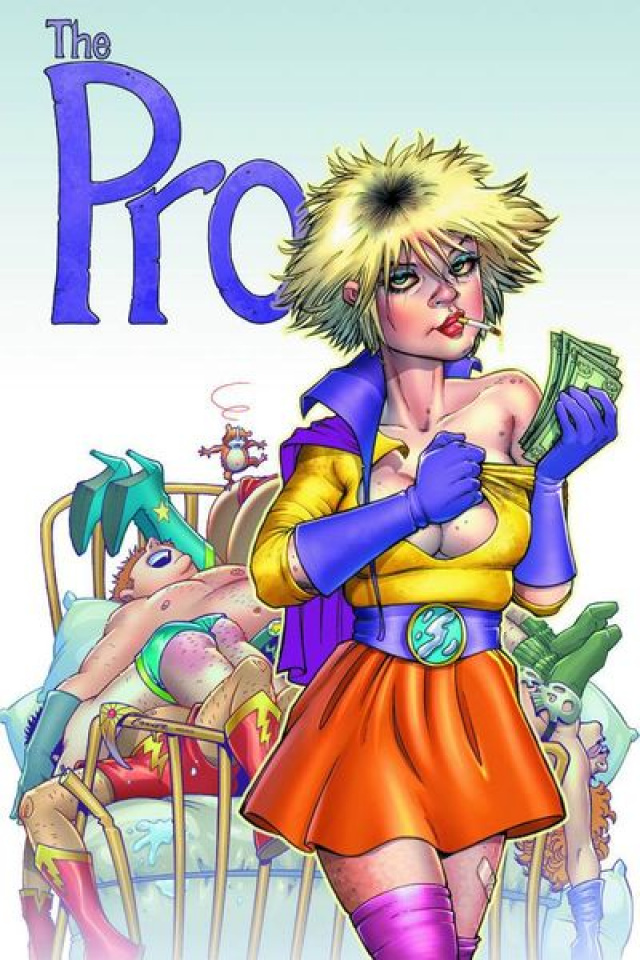