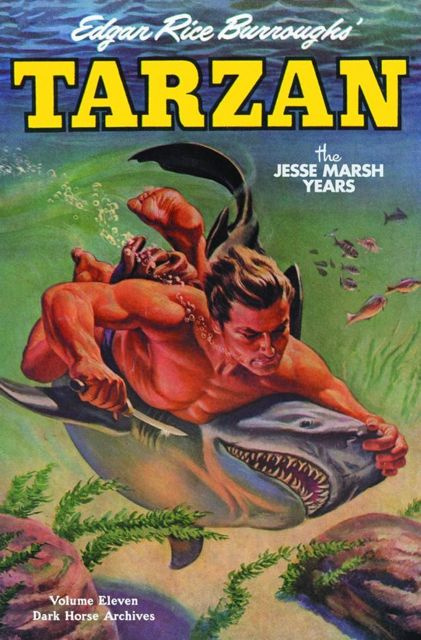 Jesse Marsh continues revolutionizing comics art, imbuing these action-packed adventures with a blend of grace and power that has rarely been matched! Whether swinging through Marsh's beautifully rendered jungle, flying through the air atop his giant eagle, or battling marauders alongside his friends from all over Africa's land of Pal-ul-don, Tarzan proves one of comics' greatest heroes. And fifty issues in, Jesse Marsh keeps getting better! Reprinting Dell's Tarzan #52-#56 and March of Comics #125, from 1954, for the first time.