Ninjas, Robots, a Scottish Luchador, an insane culinary mad scientist, and a guy with toasters for hands - it's been both Massive and Awesome, and it's all been building up to this, the 4th issue of Massive Awesome!

Reveals are revealed to be false reveals. Friends will fall. Enemies will rise.

And things will get weird. When your grandchildren ask where you were when Bacon found out who was setting him up, you're going to want to have an answer! 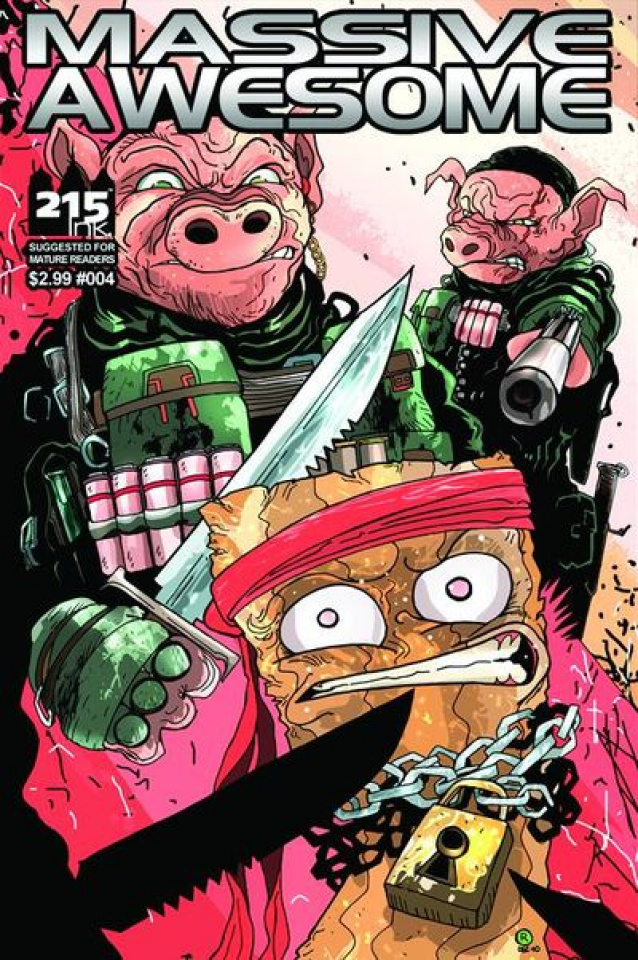