Out of print for over two decades, one of the original 1980's black and white independent comic book classics returns in a deluxe edition trade paperback! Described as Lone Wolf and Cub meets Blade Runner, the series follows the supernatural laced adventure of a man seeking justice along the edge of a sword. Eagle: The Original Adventures collects the first six issues of the groundbreaking series and includes a preview of the new comic book series in development.

Packed with special features including an original cover gallery, concept sketches, and editorial pieces from the creative team and artists that were inspired by the series, this collection is an essential for classic comic book fans. 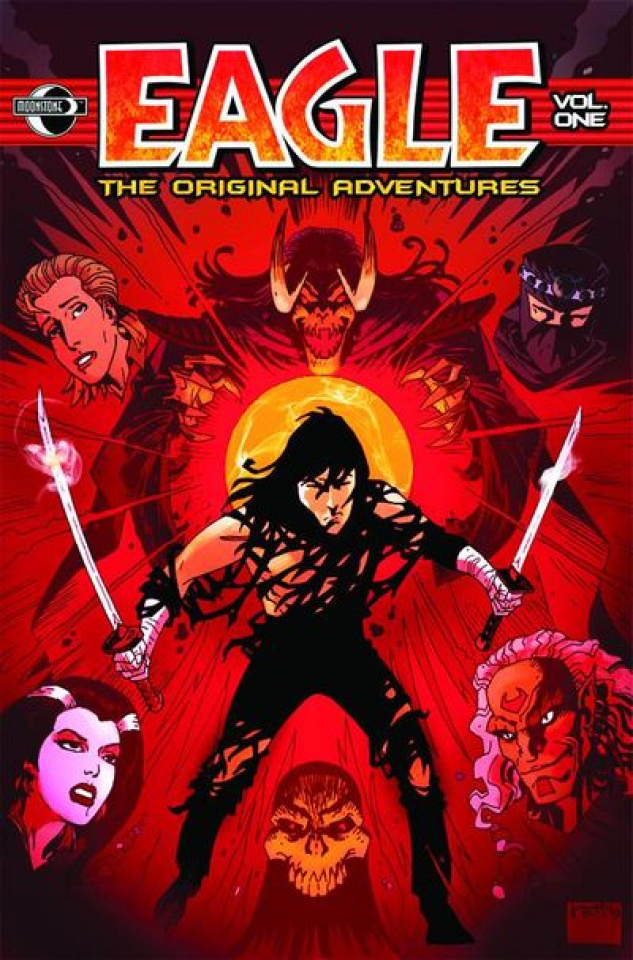