The Death of Zorro #3

The legend known as Zorro has been murdered. The monstrous assault on a Native American mission continues as The Lone Ranger and Tonto search for a way to avenge Zorro and free the Chumash Indians. Outgunned and outmanned, The Ranger and Tonto suddenly find themselves under attack from a new threat: a rival Indian tribe. Meanwhile, the secret society of crime-fighters known as La Justicia make their way to California to help. Will they arrive in time? 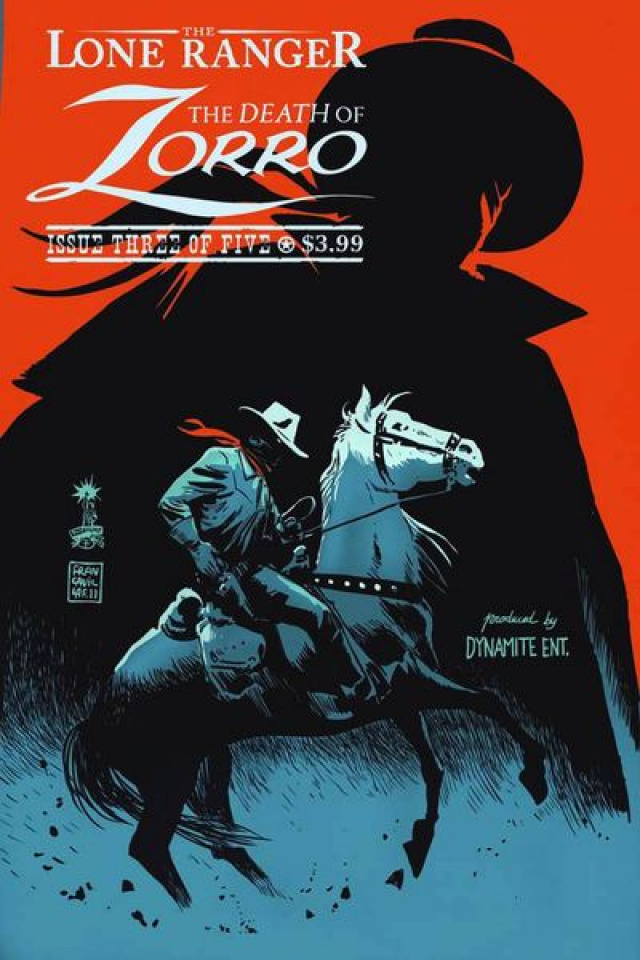