The astounding all-new Lady Death on-going series continues as she continues her return to power! With her supernatural previously powers stripped from her by the villainous Death Queen, Lady Death continues her quest across the Earth to recover the shattered fragments of her soul, but it has been a journey fraught with death and devastation. Possessing immense dark power, each fragment warps those near it into murderous, blood-thirsty emissaries of evil. Now, in the heart of darkest Africa, the greatest horror Lady Death has yet faced in recovering her lost heritage writhes in the jungle, waiting to eat its former host alive! But as Lady Death battles to regain her former power, the one who banished her to Earth is embarking on her own quest for power, as construction begins on a towering device of pure destruction that will bring the entire Under Realm to its knees, bowing before the might of Death Queen! Co-written by Mike (Gravel, Wolfskin) Wolfer and original creator Brian Pulido, this series promises to be the most powerful Lady Death tale ever! Amazing new talent Marcelo Mueller provides the luscious art and Digikore brings the dramatic colors wrapped in a stunning new cover by Garrie (Supergod) Gastonny! Also available with a Wraparound cover by Juan Jose Ryp and a special Art Deco Retailer Order Incentive by painter Michael Dipascale! 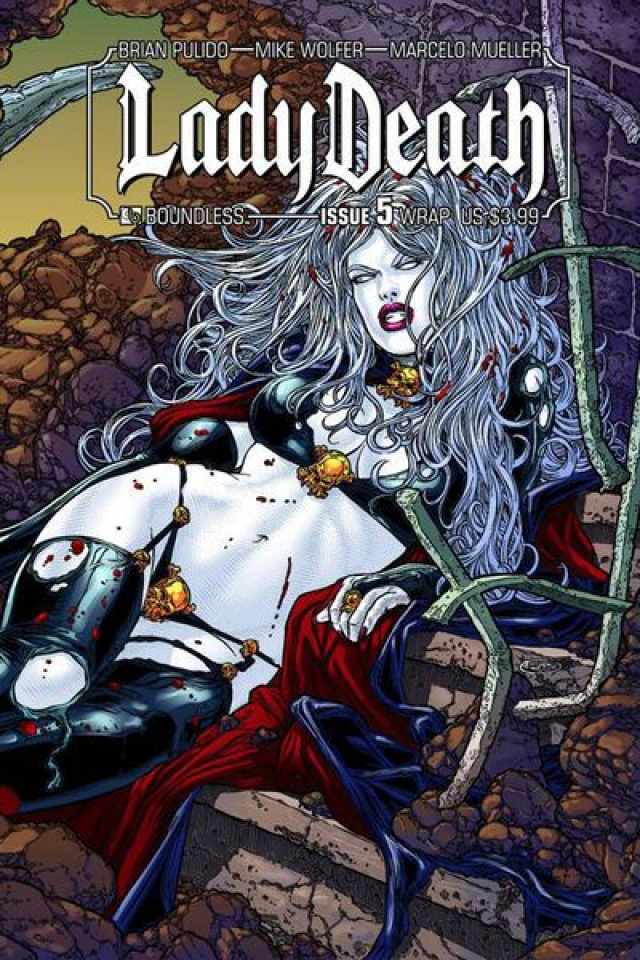