The magic has returned! But, this time...the light has grown dark. The alliance between the Rahtumi and the Sethoru is devastatingly shattered in a bloodbath in the Everlands! With the unrivaled venomous power now surging through her, Onyx leads the charge into the magical kingdom of Anantia...along with an army of horrific locust creatures seeking to devour anything in their path! And as the battle falls into darkness under the might of the evil army, not everyone will survive! Far away in a Russian mining town, Malikai and Paula discover more about each other, as their paths become intertwined in strange-and deadly ways. New adversaries, exotic locations, and a fresh cast of exciting characters, including some from the Soulfire Universe's long forgotten past, reign supreme in this epic third SOULFIRE volume! Brought to you by red-hot writer J.T. Krul, with art by talented Aspen newcomer Jason Fabok, along with colorist John Starr, the latest volume of Michael Turner's thrilling fantasy-adventure SOULFIRE series continues! 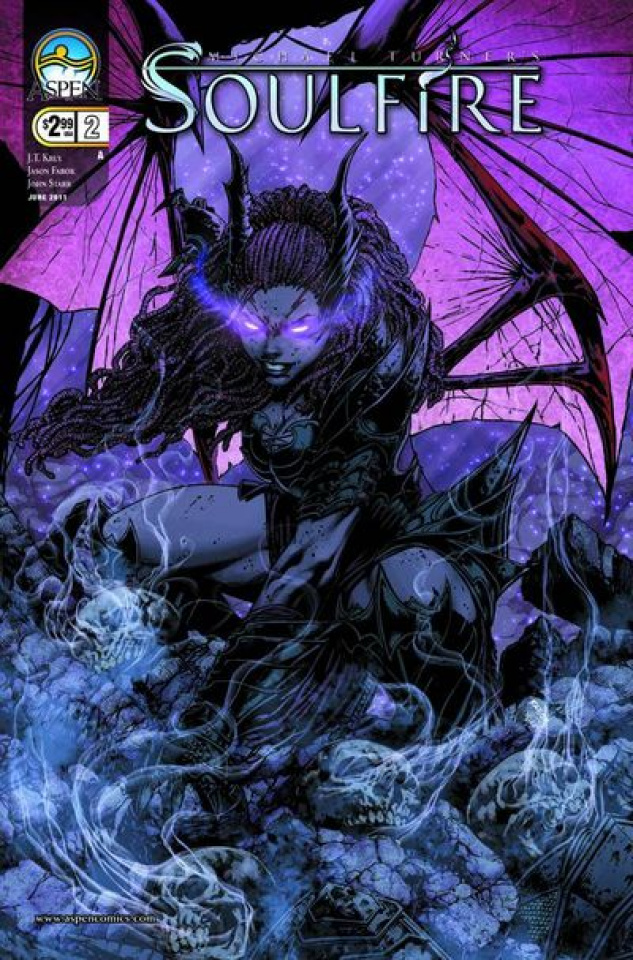