Michael Turner's Fathom makes its return for the sensational fourth volume! Aspen Matthews is back once again! But now, Aspen must deal with the global ramifications of the Blue and Black's exposure to the rest of the world. However, this is an Aspen that is through being manipulated by the outside forces surrounding her life. It's a brave new world for her and the rest of the cast of FATHOM, as they must attempt to piece together the fragments of a world shattered by the knowledge of their existence. With FATHOM's long awaited return at hand, some new creators and several familiar names are along for the ride! Artist extraordinaire Alex Konat of Mindfield fame is joined by acclaimed writer Scott Lobdell, a newcomer to the world of FATHOM, but ready to make his mark on the series unlike anything you've ever seen before. Colorist Beth Sotelo also joins the FATHOM family and brings her lush color pallet to the world of the Blue! For the legions of FATHOM fans who have been waiting to see Aspen in her element, taking control of her life, now is the time to jump on in-the water's just fine! 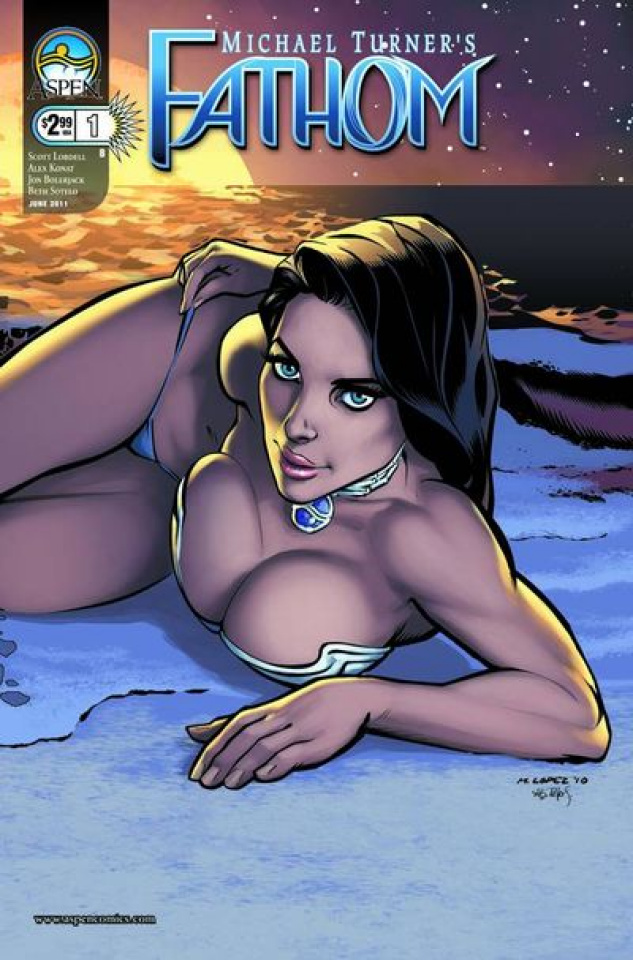