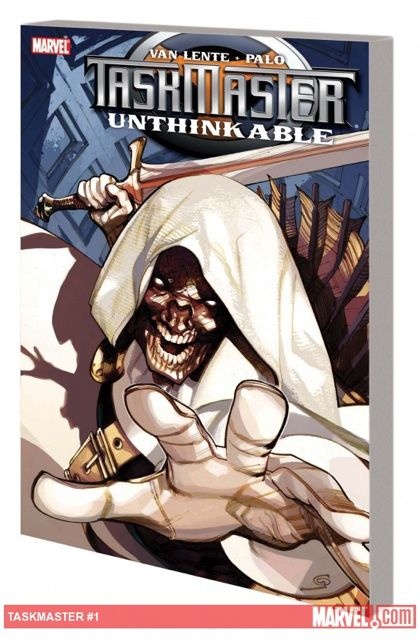 Taskmaster has trained henchmen for every terrorist organization and criminal cartel in the Marvel Universe. So when the rumor starts that he's turned traitor and now works for Steve Rogers, a billion-dollar bounty is put on his head. Now, every cadre of costumed fanatics - A.I.M., Hydra, Ultimatum, the Sons of the Serpent and more - is looking to collect. Taskmaster must fight hordes upon hordes of his psychopathic students while at the same time uncovering who framed him - which requires him figuring out who he really is! That's right, the man with the photographic reflexes has no memory of his true identity - and you'll learn the unexpected truth along with him! The action-packed secret origin comes courtesy of New York Times bestselling writer Fred Van Lente (AMAZING SPIDER-MAN) and acclaimed artist Jefte Paolo (DOCTOR VOODOO)! Collecting TASKMASTER #1-4 and material from AGE OF HEROES #3.