On a distant planet, a simple native population revolts against the mighty Omega Confederation. Since the Omega Confederation is paying a lot of money to the galaxy's top mercenaries - Hello, Deadpool Corps! - to put down this rebellion, it's no wonder they're a little miffed when Wade Wilson and company appear to have changed sides. So they send a crack squad of recon shock troops to remind Deadpool to do his job. The thing is, not even Deadpool knows for sure who's side he's on. Tune in to watch him figure it out. Collecting DEADPOOL CORPS #7-12. 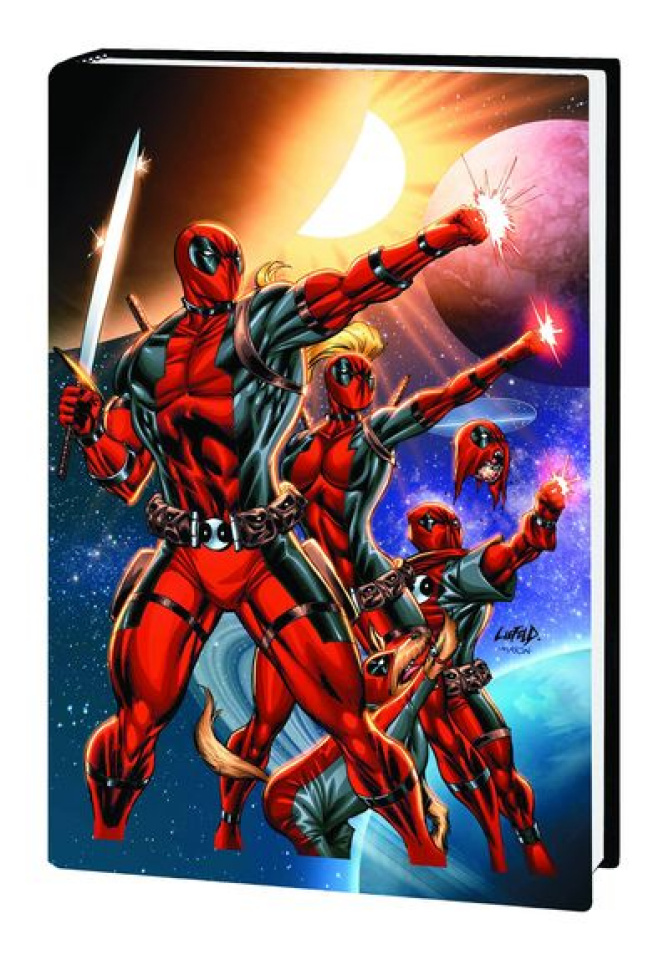