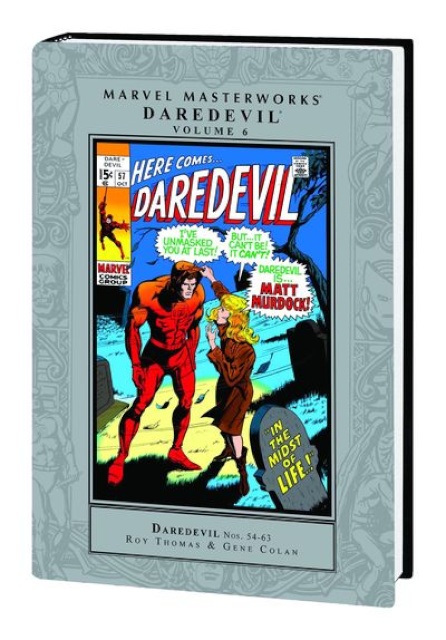 With Matt Murdock thought dead to the world, Daredevil's adventures take on a whole new level of action, drama and excitement in the manner only Marvel can present - and it takes off with a test of courage that pits DD against Mr. Fear. Then comes the flaming skeleton horseman, Death's-Head - a villain with deep, unknown links to those closest to Daredevil. It's a classic battle that pushes Matt Murdock to reveal his identity to the lovely Karen Page at last - but will it bring them closer together, or force them apart? Also featured are the debut of Stunt-Master; the return of war vet Willie Lincoln; an encounter with the underworld mastermind Crime-Wave; a battle with the triple-threat team-up of Mr. Hyde, Cobra and Jester; the introduction and origin of Nighthawk; and a fight to the finish with the one and only Gladiator! Brought to you by Roy Thomas and the unmatched penciling talent of Gene Colan, they're MASTERWORKS one and all - so reserve your copy today! Collecting DAREDEVIL #54-63.