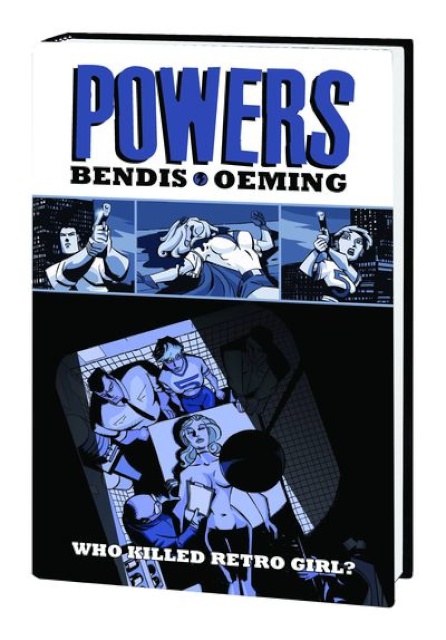 Heroes glide through the sky on lightning bolts and fire. Flamboyant villains attempt daring daylight robberies. Godlike alien creatures clash in epic battle over the nighttime sky. And on the dirty city streets below, homicide detectives Christian Walker and Deena Pilgrim do their jobs. The mysterious death of Retro Girl was the case that launched one of the most celebrated comic series of the last decade; now, this newly formatted collection of the first POWERS storyline will introduce you to the world that won the prestigious Eisner Award, and made Bendis and Oeming comic superstars. This completely redesigned, reformatted and reworked hardcover is perfect for both new readers and old. Start your POWERS library here!

'Bendis is the funny-pages descendant of Sam Fuller, Martin Scorsese and Quentin Tarantino...'

'Bendis has rapidly become a true master of comic-book creation!'

'It's one of the best collaborations ever seen in a comic book.'