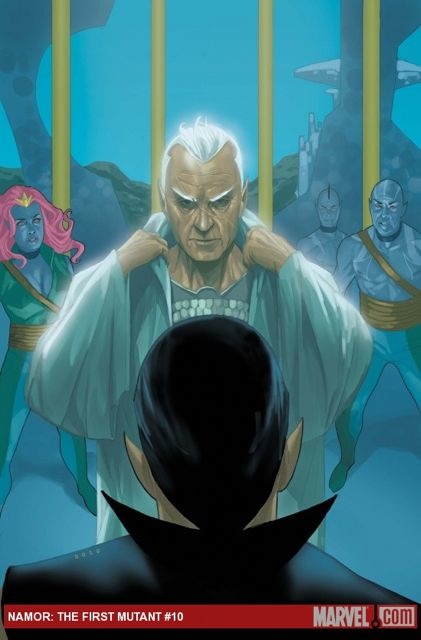 'The Fire Down Below' continues! After last issue's shocking death, Namor sets out for revenge against Commander Krang and his lackey, Selach. But as Selach prepares to destroy both New Atlantis and the X-Men's island Utopia, Namor must accept help from an unexpected ally. The wild card: a mysterious cloaked figure who knows an awful lot about Namor. But who is he?