The Mighty Thor has hurtled to the surface of the living planet Alter Ego in a desperate attempt to stop this sentient world from merging with its counterpart, the equally massive world Ego! Although he faces unimaginable peril on Alter Ego, the thunder god knows that his failure will result in a cosmic catastrophe of such immense proportions that Thor's adopted world, Earth, faces certain destruction. They don't get bigger than this one so don't miss it! 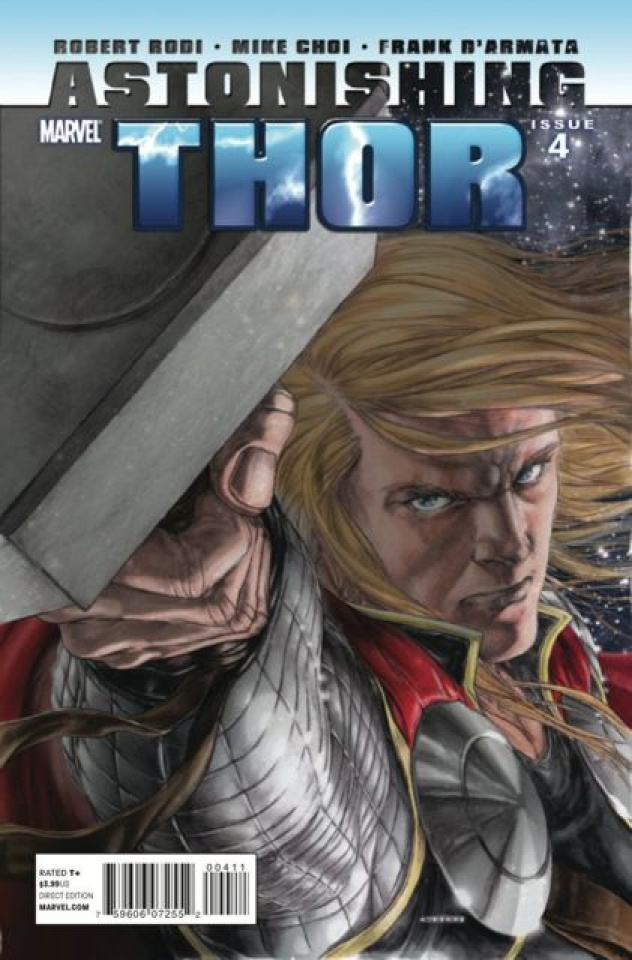