'THE DARK CHAMBER,' Part One

It is the dawn of World War I, and Sherlock Holmes has been dead for 20 years.

Holmes' enemy - Professor James Moriarty - is a lost man. MI5 blackmails Moriarty into finding Holmes' long-lost brother, Mycroft, but what at first appears to be a routine case leads to a web of intrigue that involves a psychic box and its creator, a woman from Moriarty's past, and a new villain that threatens to be greater than Moriarty ever was!

MORIARTY is a new science fiction-noir starring the nefarious Professor Moriarty, arch nemesis of Sherlock Holmes, written by DANIEL COREY, with art by ANTHONY DIECIDUE and letters by DAVE LANPHEAR. 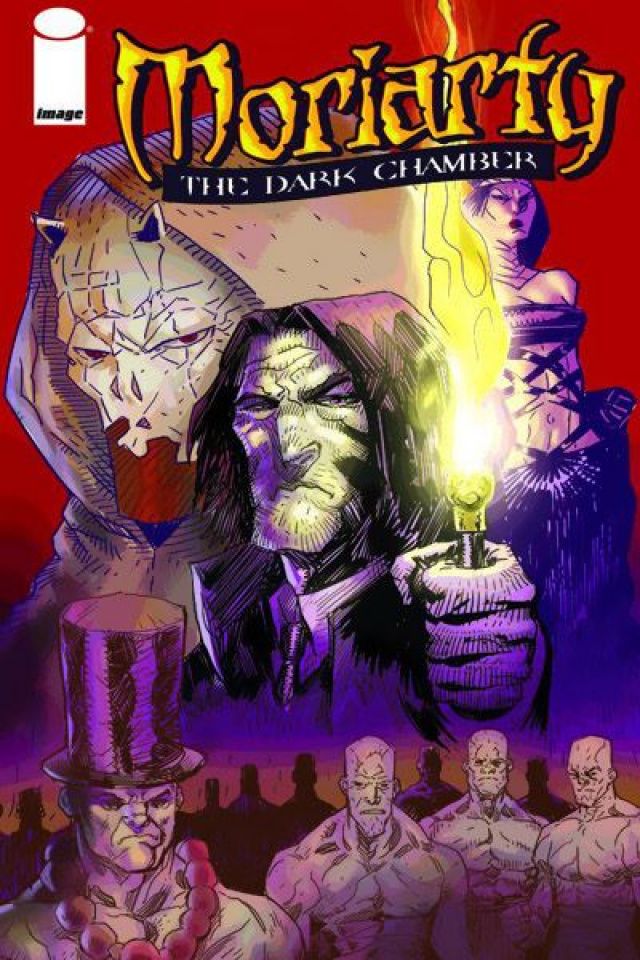