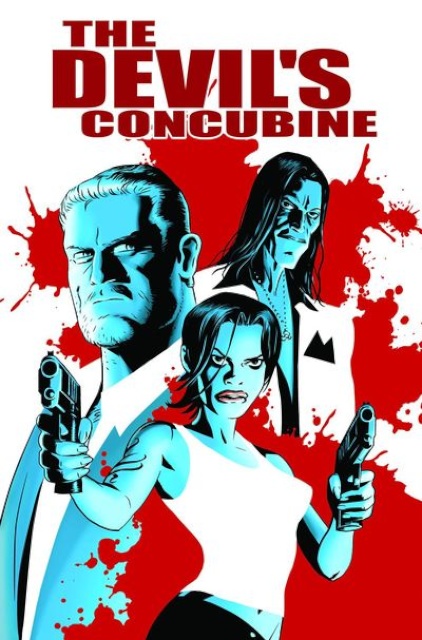 Set in a large European city, The Devil's Concubine revolves around two cool, but not too clever, hitmen hired to retrieve a mysterious cooler by an unknown party. When the two hitmen accidentally shoot their contacts at the exchange without getting their money first, the mess really hits the fan. Chased by the police, a gang of dangerous Rastafarians, and an erratic crime boss out for their blood, the pair bluff and shoot their way through the seedy underworld on their way to the man who hired them, and toward their own destruction.