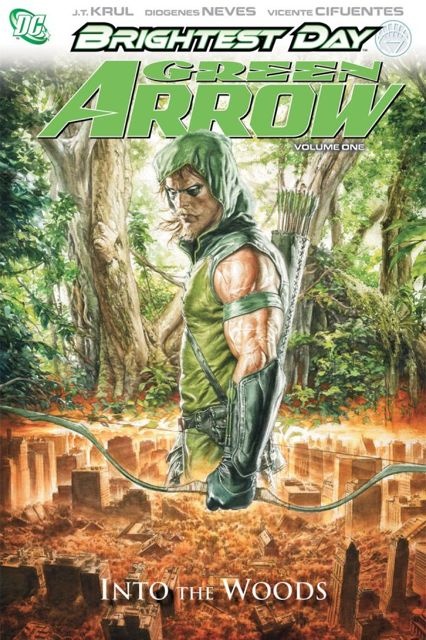 Green Arrow Vol. 1: Into the Woods

A new era begins in this title spinning out of BRIGHTEST DAY, from the first six issues of the hot new series.

After Star City was devastated by an attack by the villain Prometheus in the pages of JUSTICE LEAGUE: CRY FOR JUSTICE, the White Lantern Ring gave birth to a massive, mysterious forest located at the center of the destruction. Now, Green Arrow lives in the woods and strikes against crime and corruption as a modern day Robin Hood.