Batman: The Gates of Gotham #1

When a mystery as old as Gotham City itself surfaces, Batman assembles a team of his greatest detectives - including Red Robin, Owlman, I-Ching and others - to investigate this startling new enigma. As clues are discovered and the mystery deepens, Batman's team soon finds itself on a journey that explores different eras in Gotham's history and touches upon notable Gotham families including the Waynes, Kanes, and Elliotts.

This miniseries spins out of recent events in the Batman titles and sets the stage for several exciting storylines in 2011. Additionally, this limited series touches upon mysterious story elements introduced in Grant Morrison's RETURN OF BRUCE WAYNE. Featuring many exciting Batman Family guest stars! 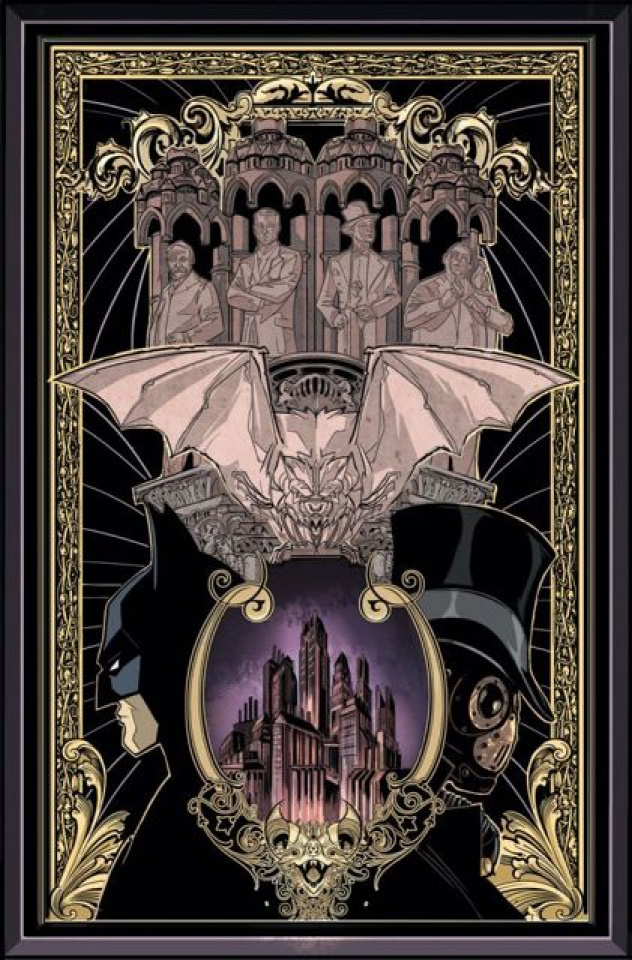