Umi, Hikaru, and Fuu are three schoolgirls out on a field trip to Tokyo Tower, whisked suddenly away by a strange voice and light to Cefiro, a world full of spirits and sorcery. They were summoned here through the last remaining strength of the Princess Emeraude, who hopes that they are the trio destined to become the magic knights legend says can save her realm! But how are a bunch of junior-high-school kids supposed to defeat the dark might of the sinister Lord Zagato . . . with only an exceedingly strange bunny creature named Mokona as their guide . . . ?

* An early crossover hit, Magic Knight Rayearth was made into both an anime TV and a direct-to-video series.

* Unavailable for over four years, the Magic Knight Rayearth series has sold close to 200,000 copies in the US alone! 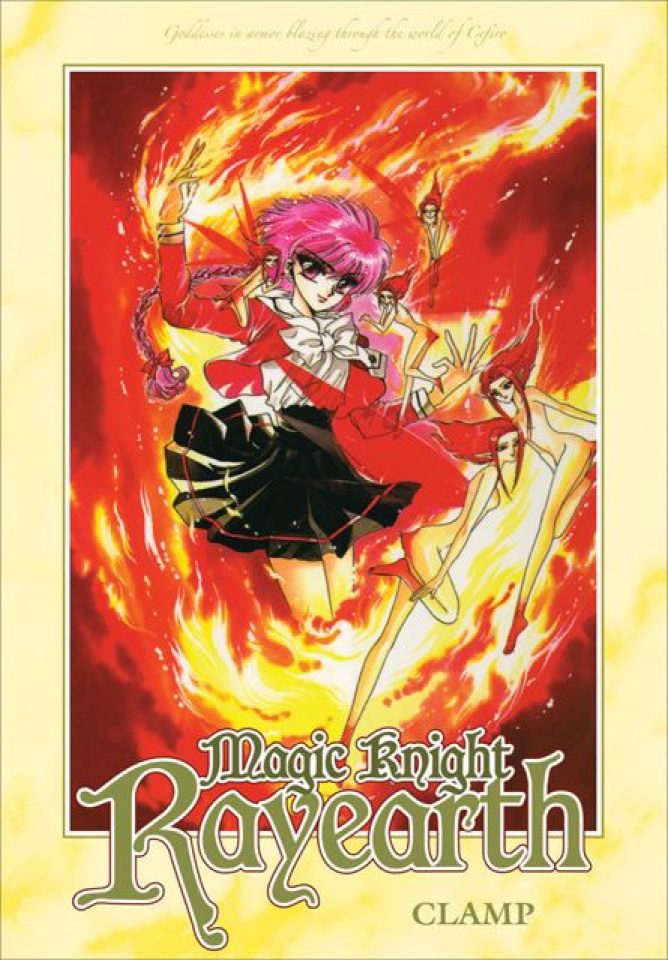