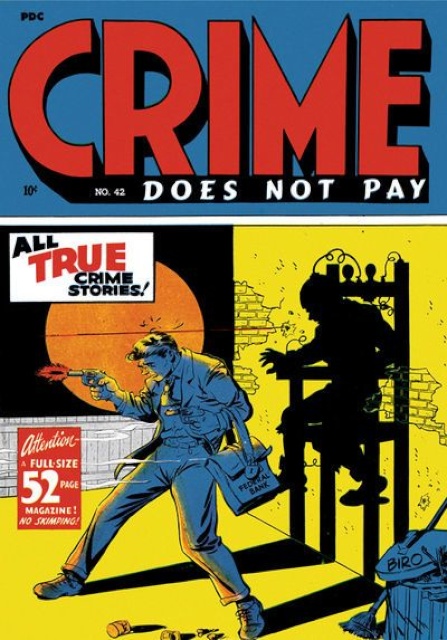 Gangsters, kidnappers, maniacal killers, and thugs of all stripes had their lurid stories recounted in Crime Does Not Pay! Featuring thrilling, brutal tales and disturbing, despicable characters, Crime Does Not Pay enthralled a nation and was the most popular comic book of its time. The series was a favorite target of Dr. Fredric Wertham and other censors and is partially responsible for the creation of the Comics Code Authority-yet it was also an inspiration for Harvey Kurtzman's reality-based EC Comics. See why this series was both revered and reviled in this unique "best of" primer!

* Crime Does Not Pay editor Bob Wood brutally murdered his girlfriend and was later murdered himself! This fascinating sidebar is detailed in an essay by cartoonist, historian, and co-editor Denis Kitchen.

* Contains a selection of stories from across the series' run in the 1940s, a new cover, an illustrated essay, and an introduction.