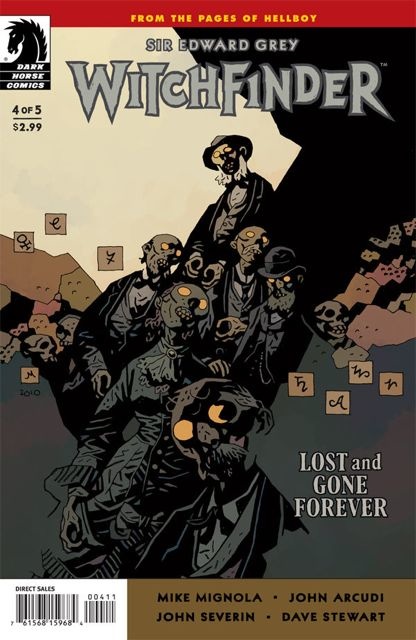 Evading the jaws of a monstrous stone dog, Grey heads to an abandoned coal mine filled with a horde of zombies!

"Sir Edward Grey: Witchfinder is also a thrilling occult mystery like few others I've read. Having no prior knowledge of the character, I found myself eager to seek out further adventures of Sir Edward Grey and the wicked world he defends evil from on a daily basis."-Ain't It Cool News