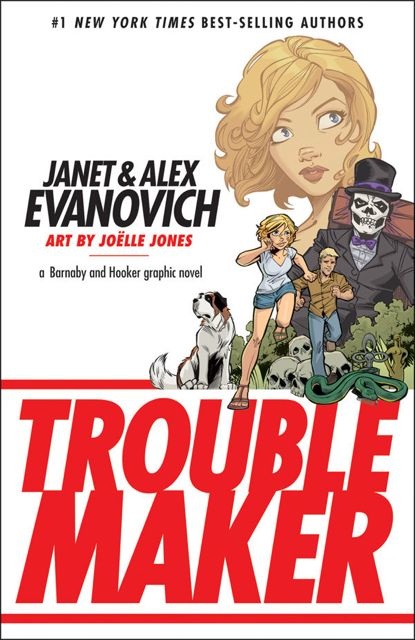 Barney and Hooker are together again and fighting crime, leaving a trail of chaos, panic, and disorder in their wake. Some would say they were drawn towards trouble like a moth to a flame. Others would claim their friends, Rosa and Felicia, dump trouble in Barney's and Hooker's laps. Either way they are in over their heads when Rosa is kidnapped, and her disappearance is linked to a dangerous voodoo priest and his search for a mystery-drenched stolen statue.

* The entire Troublemaker story collected into one affordable softcover volume!

"With art reminiscent of the Florida sun and writing supercharged with action, the Troublemaker graphic novel from best-selling author Evanovich and her daughter is a winner!" -RT Book Reviews