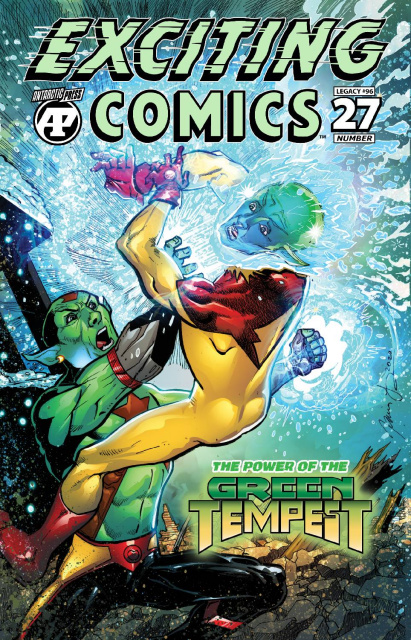 Will even the combined might of all the heroes and villains be enough to stop Justice Theta?

"Green Tempest" (Brett Scheuerman, Javier Lugo): The peaceful world of Tempet is thrown into chaos by the malevolent Halestorm as revenge against his foe, Green Tempest.

Now Green Tempest must decide: Destroy his nemesis, or show Hailstorm the error of his ways?

As XOB and Danny scramble to figure out a plan to stop him, Eklips reveals his true intentions and why his hatred for XOB runs so deep.