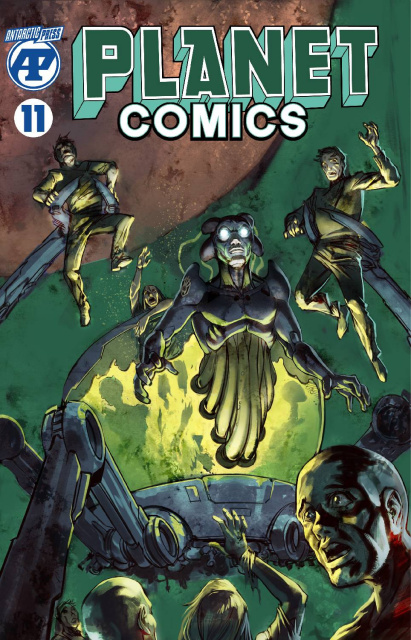 "Bark at the Moon" (Hannu Kesola, Emiliano Urich): All Hell has broken loose on a prison orbiting Saturn, where a werewolf is on the loose. Alex tries to take it down, but has to deal with an inmate breakout as well.

pursue the great eagle Aviteus, who seeks to warn the Lords of the Cosmos at their mountain base.

As poison saps the feathered warrior's strength, an ancient member of the Lords intercedes.

What he finds is a curse that may end him and his crew.