Cold Dead War #1, the first issue of the Horror-War series written by George C. Romero set across the past, present and future, is SOLD OUT! Due to popular demand, we've gone back to press with a brand new cover variant featuring the traditional pinup art from the side of their B-17 air fortress. Trained to kill enemies of American democracy and freedom, the Cold Dead teammates continue to carry on their mission, even now, long after they'd already given their lives to the cause. A horror-war series set across the past, present and future, a freak occurrence reanimates an island of freshly killed soldiers in the wake of the Battle of Midway in World War II. 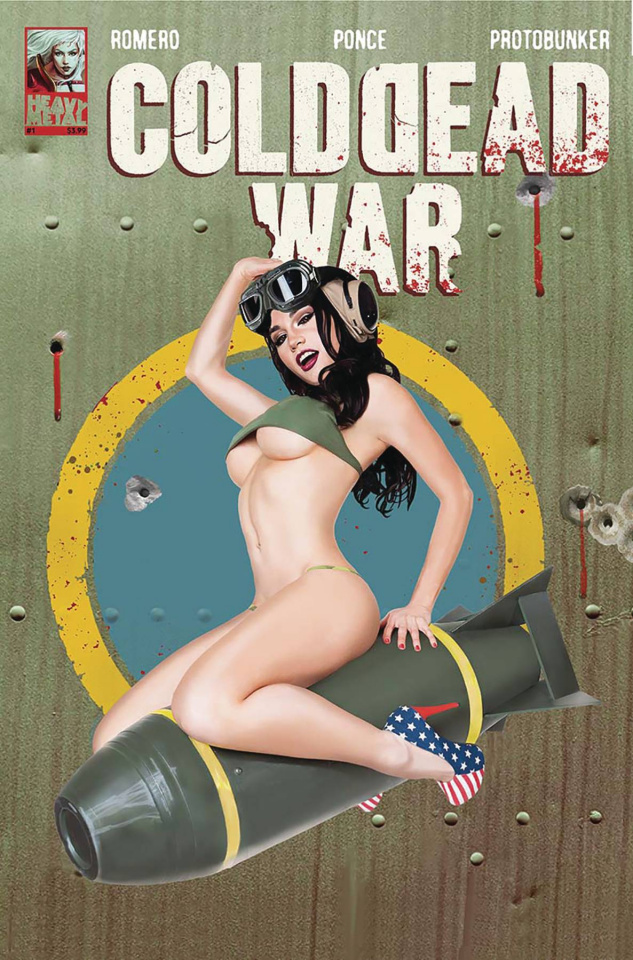