The Saga of the Swamp Thing (Box Set)

All six volumes of Saga of the Swamp Thing by Alan Moore, the writer of Watchmen and V for Vendetta, in one gorgeous slipcase box set! Before Watchmen, Alan Moore made his debut in the U.S. comic book industry with the revitalization of the horror comic book Saga of the Swamp Thing. His deconstruction of the classic monster stretched the creative boundaries of the medium and became one of the most spectacular series in comic book history. With real-life issues explored against a backdrop of horror, Swamp Thing's stories became commentaries on environmental, political, and social issues, unflinching in their relevance. Created out of the swamp by a freak accident, Swamp Thing is an elemental creature who uses the forces of nature and wisdom of the plant kingdom to fight the polluted world's self-destruction. Alan Moore took Swamp Thing to new heights in the 1980s with his unique narrative approach. His provocative and groundbreaking writing, combined with masterly artwork by some of the medium's top artists, made Swamp Thing one of the great comics of the 20th century. 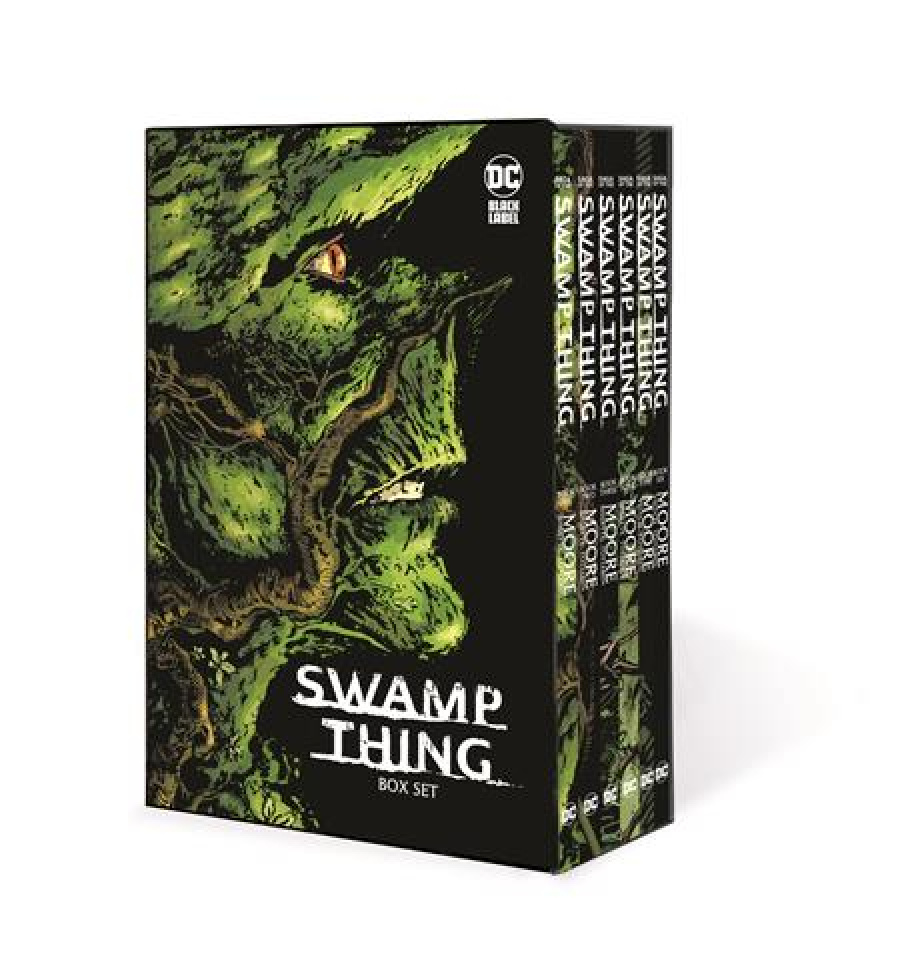