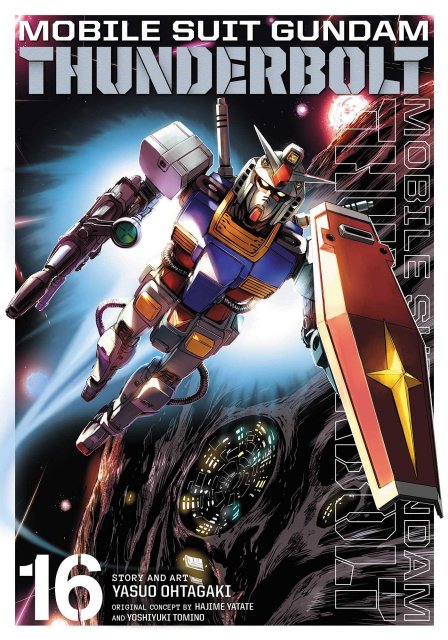 An epic story of war and survival set in the legendary Gundam universe! In the Universal Century year 0079, the space colony known as Side 3 proclaims independence as the Principality of Zeon and declares war on the Earth Federation. One year later, they are locked in a fierce battle for the Thunderbolt Sector, an area of space scarred by the wreckage of destroyed colonies. Daryl Lorenz and his fellow Zeon defectors have made it back into space, but they've got the entire Earth Federation fleet between them and the Nanyang Alliance rendezvous point. Renegade Zeon General Galle can help, but his assistance comes at a price, and getting through the blockade will require an audacious plan that only Daryl Lorenz can pull off-stealing an advanced Mobile Armor equipped with the advanced Psycommu control system, right out from under the Federation's noses!