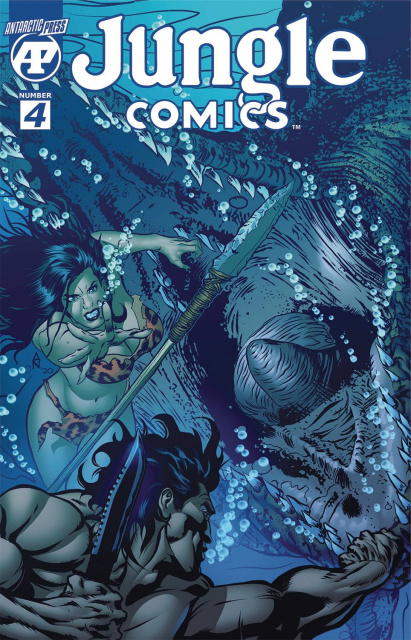 Read this Jungle, this awesome Jungle, no need to sleep tonight! Chuck Dixon and Alessio Nocerino bring us the Return of Rhula and JoJo. Prehistoric monsters have invaded, and it is up to the primitive pair to defend the jungle and their friends from being a dino-dinner! In "David and Goliath", Scott O. Brown and Robespierre Feitoza, jungle boy David may not be able to battle alone against the giant spiders overrunning his wooded paradise, but with his giant friend at his side, the odds just got even. A plane crash on an isolated spot of land leaves survivors fighting for their lives on "Hidden Island" by Paul Beale and Jenny Godin. And an explorer rescues a mysterious woman who is more than she appears in Hannu Kesola and Emi Utrera's "Jungle Magic"!