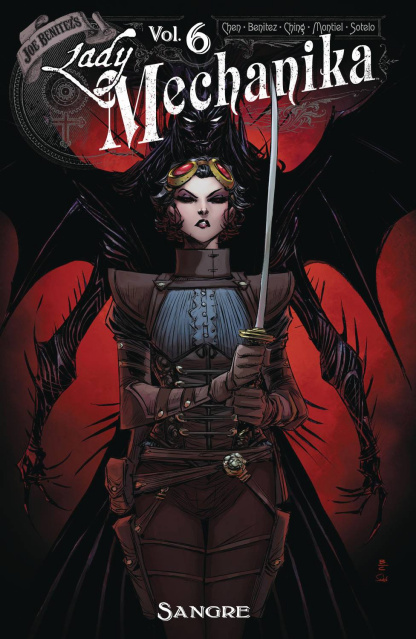 Lady Mechanika accepts a job in Spain protecting a Bar n's son who was allegedly attacked by a demonic entity, but she quickly begins to suspect the young man's condition was actually caused by illicit experiments forced upon him by his narrow-minded father. As she investigates further, Lady Mechanika gradually uncovers the sinister truth, leaving her entangled in a dangerous situation which seems to have unexpected ties to her own past. A dark tale that exposes the devastating power of love...and hate. Collects the entire five-issue Sangre mini-series, featuring a main story by guest artist Brian Ching (Supergirl, Star Wars) and a prologue story by Joe Benitez and Martin Montiel