Kurt Vonnegut's classic adapted in graphic novel form for the first time! With Kurt Vonnegut's seminal anti-war story, Slaughterhouse-Five, Eisner Award-winning writer Ryan North (Unbeatable Squirrel Girl) and Eisner Award-nominated artist Albert Monteys (Universe!) translate a literary classic into comic book form in the tradition of A Wrinkle in Time and Fight Club 2. Billy Pilgrim has read Kilgore Trout and opened a successful optometry business. Billy Pilgrim has built a loving family and witnessed the firebombing of Dresden. Billy Pilgrim has traveled to the planet Tralfamadore and met Kurt Vonnegut. Billy Pilgrim has come unstuck in time. Slaughterhouse-Five is at once a farcical look at the horror and tragedy of war where children are placed on the frontlines and die (so it goes), and a moving examination of what it means to be a fallible human. 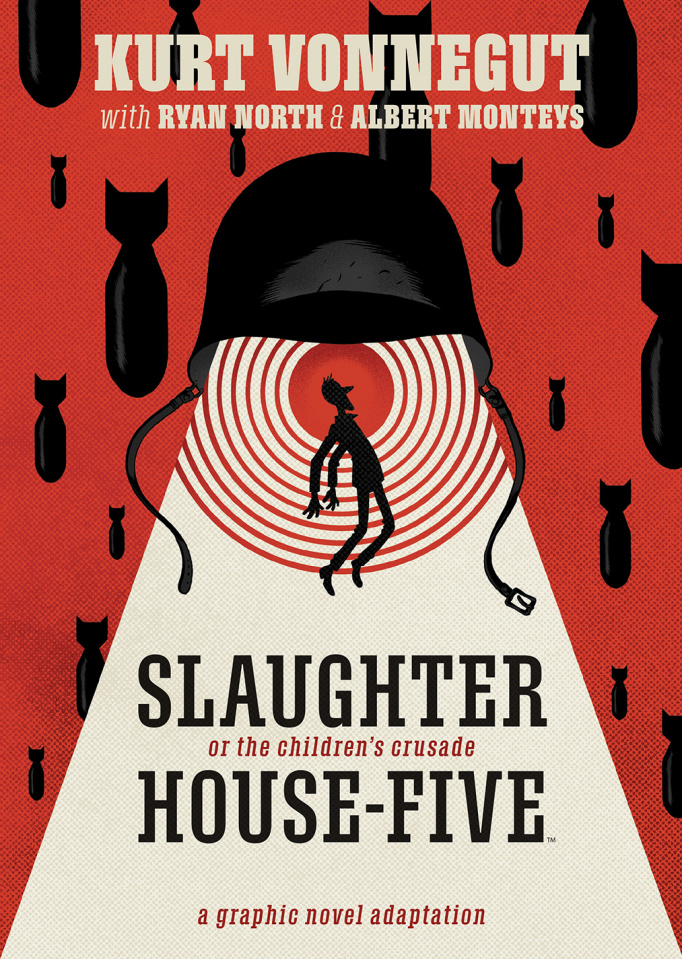 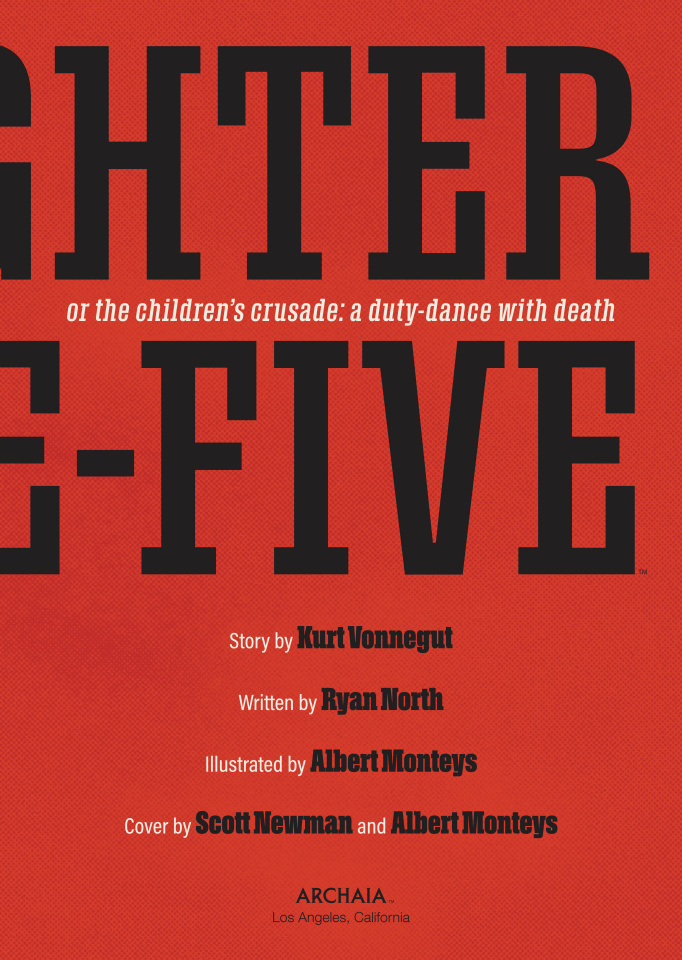 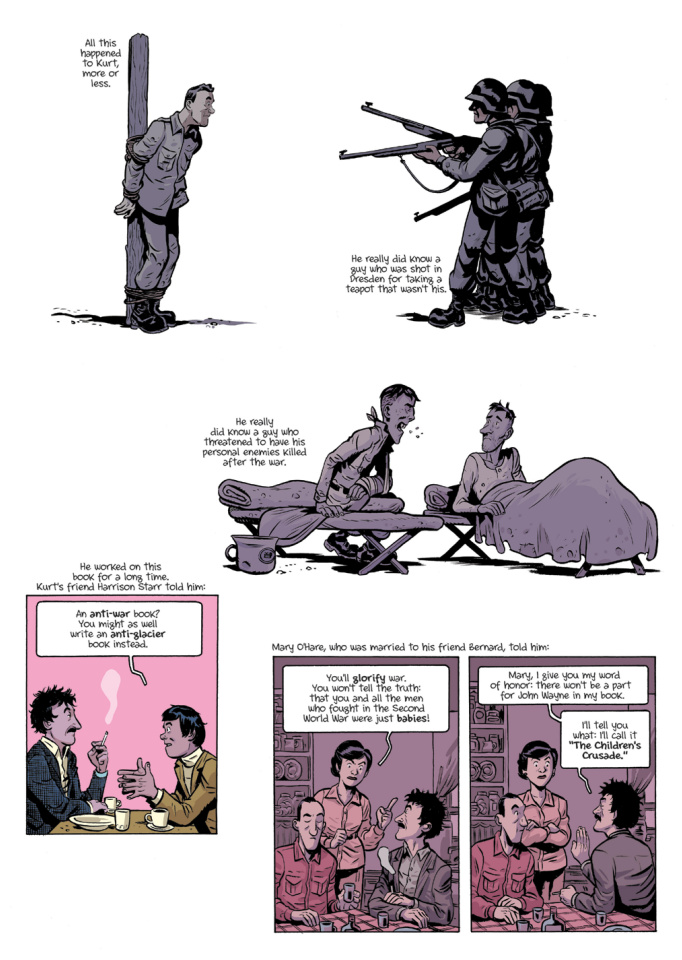 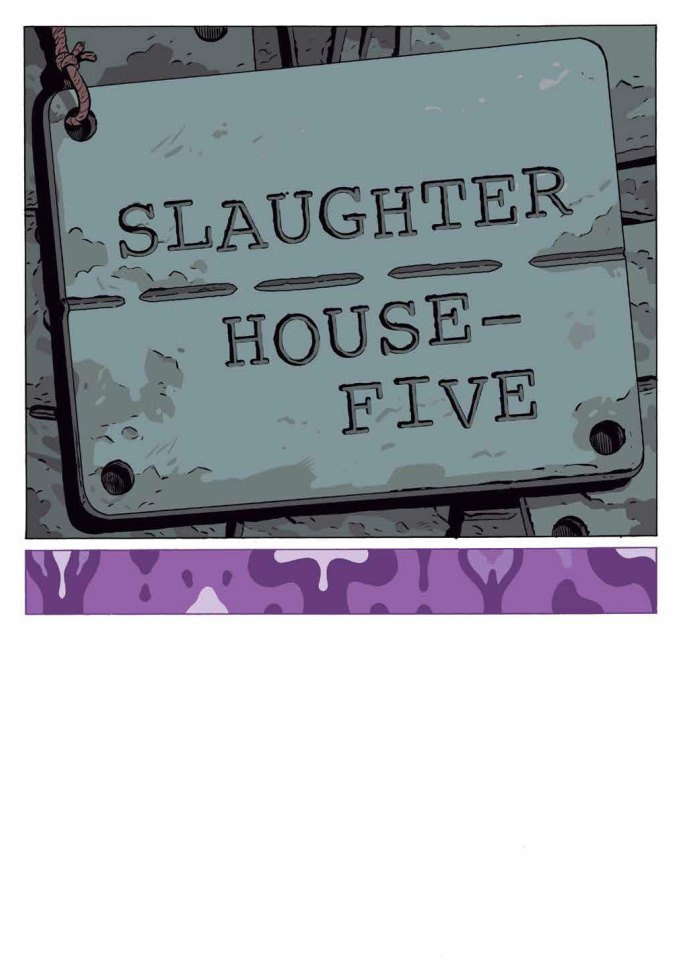 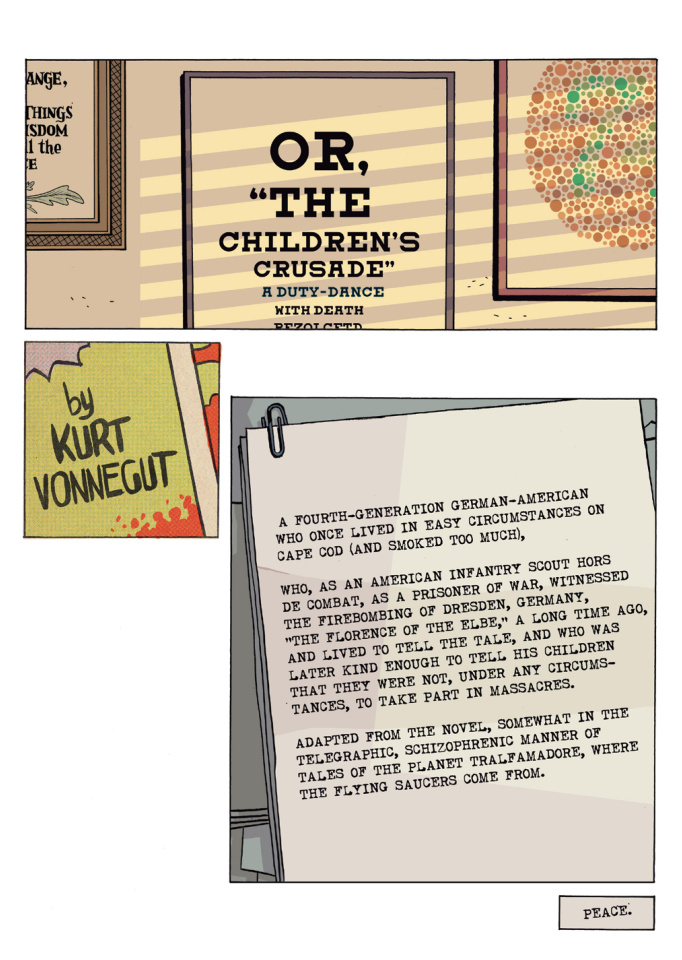 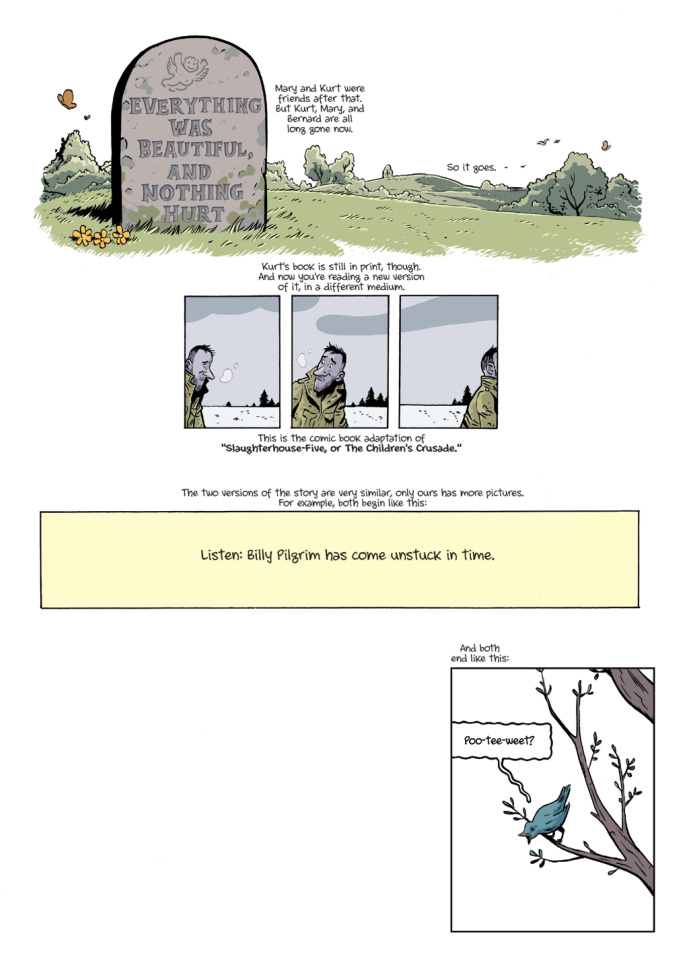 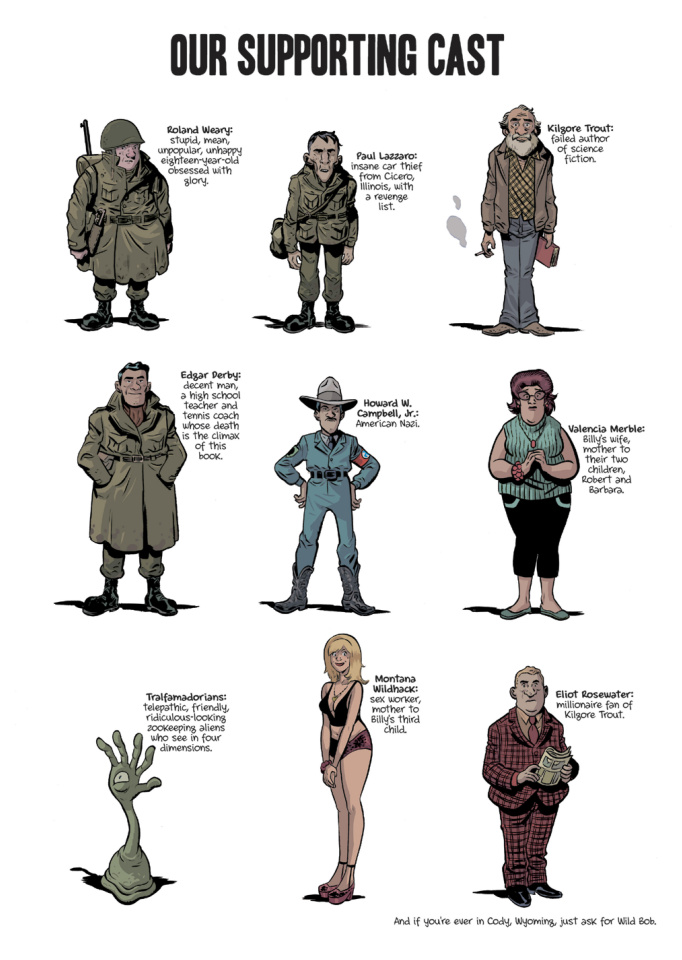 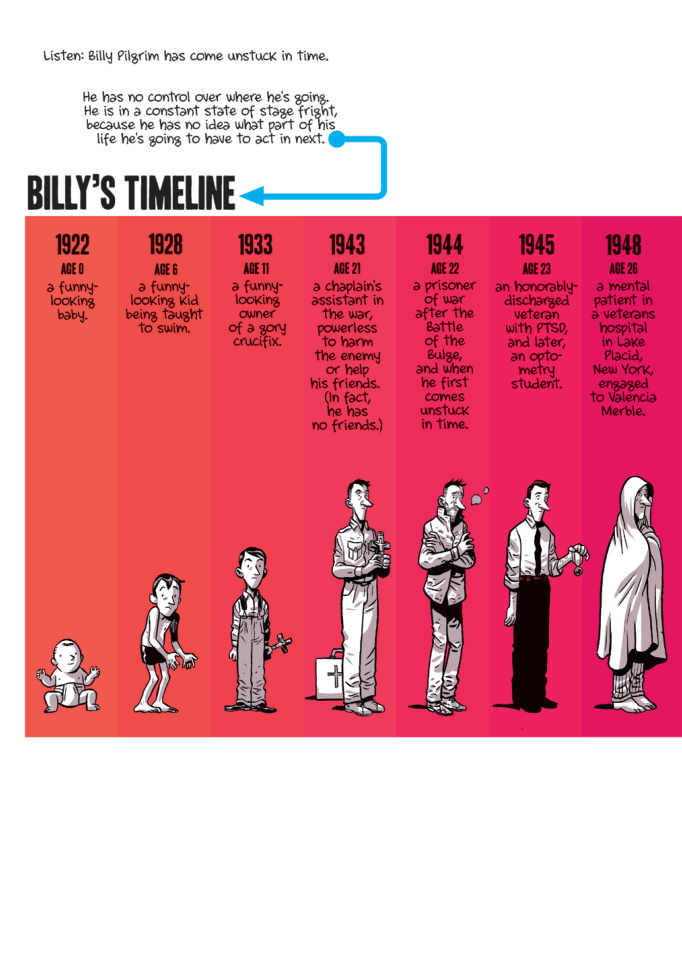 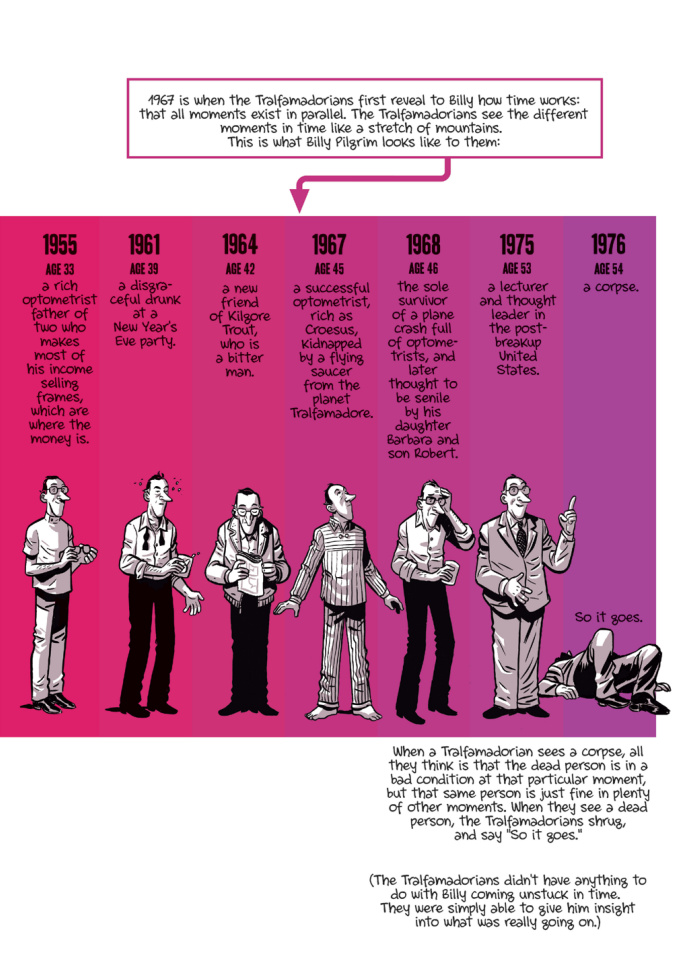 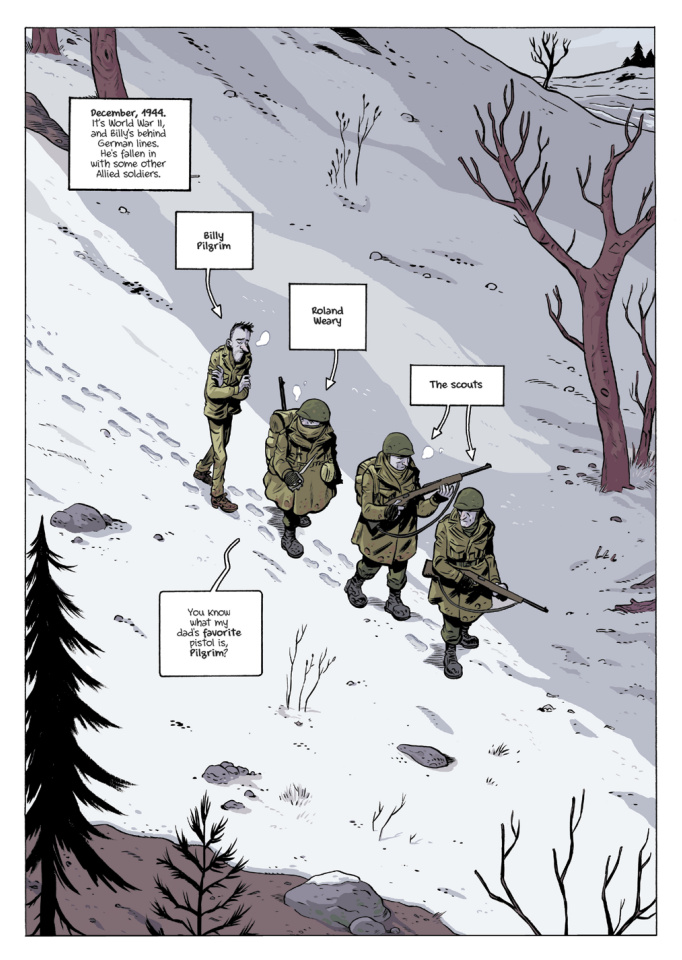 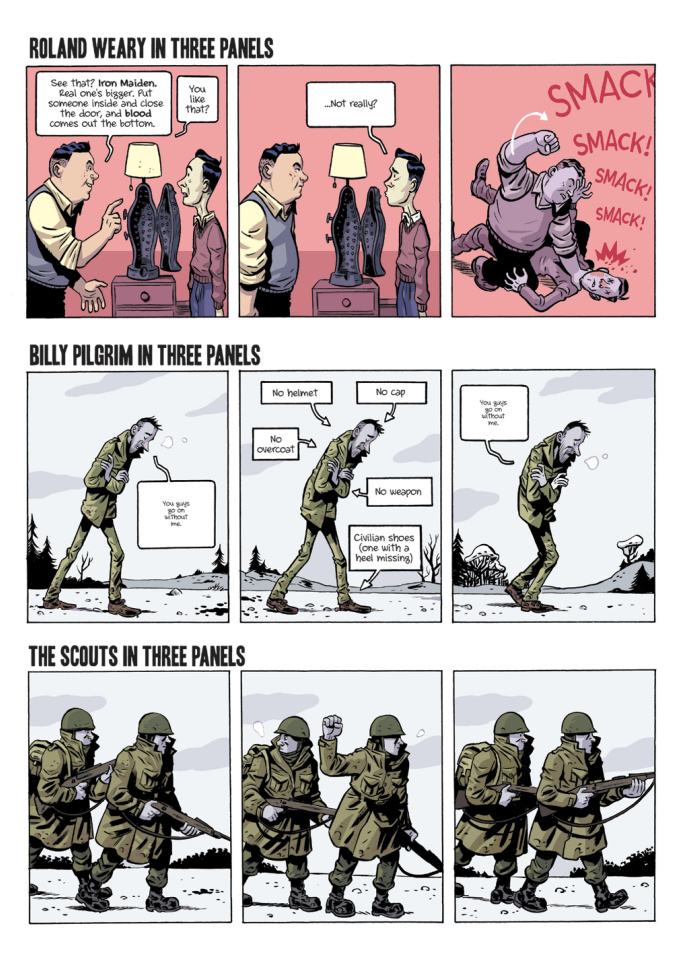 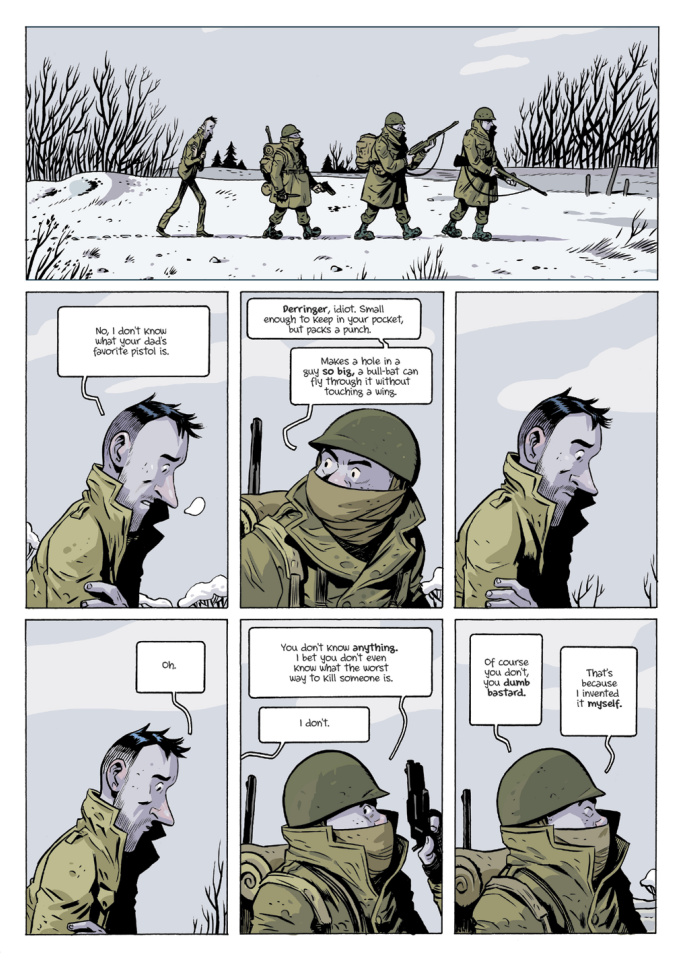 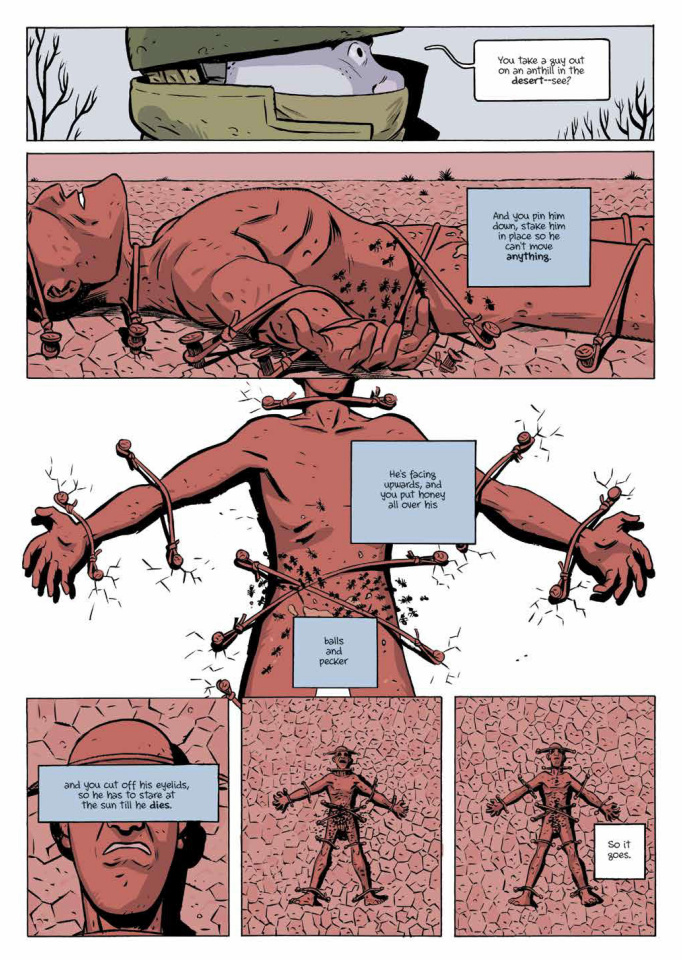 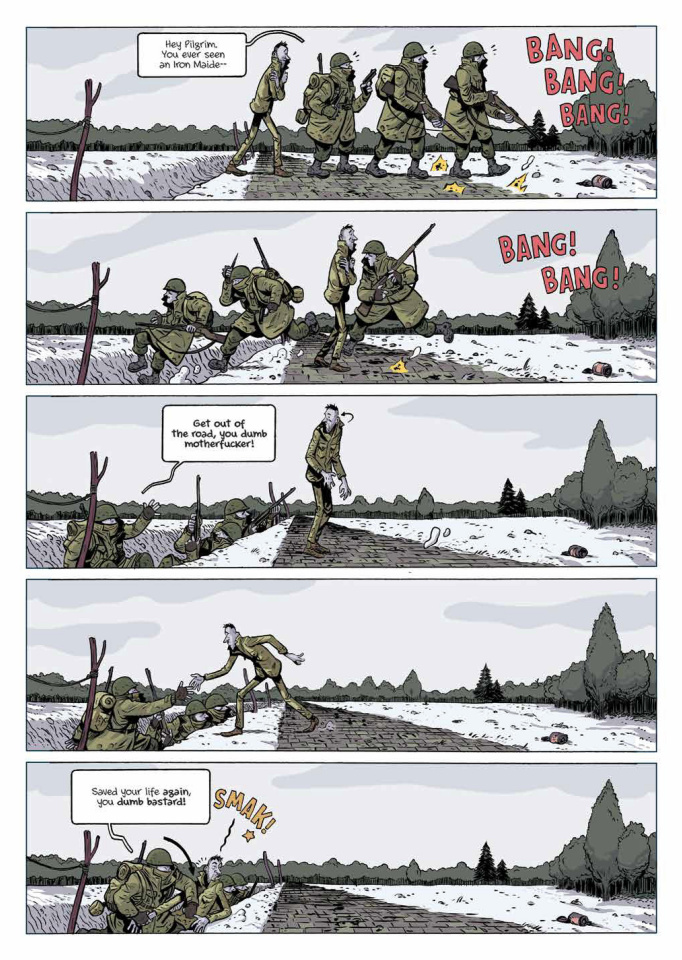 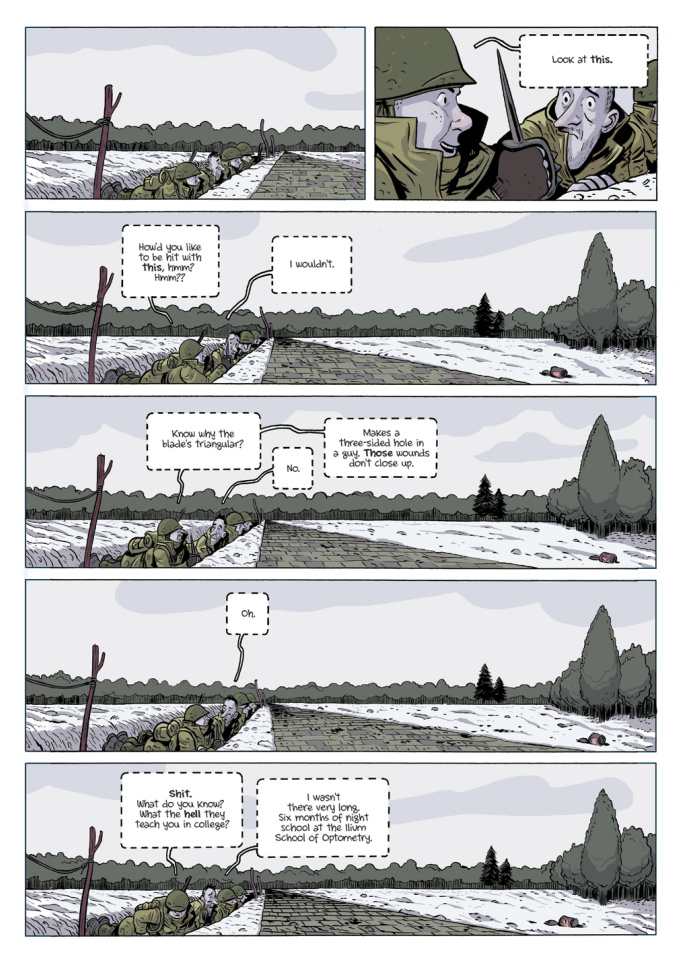 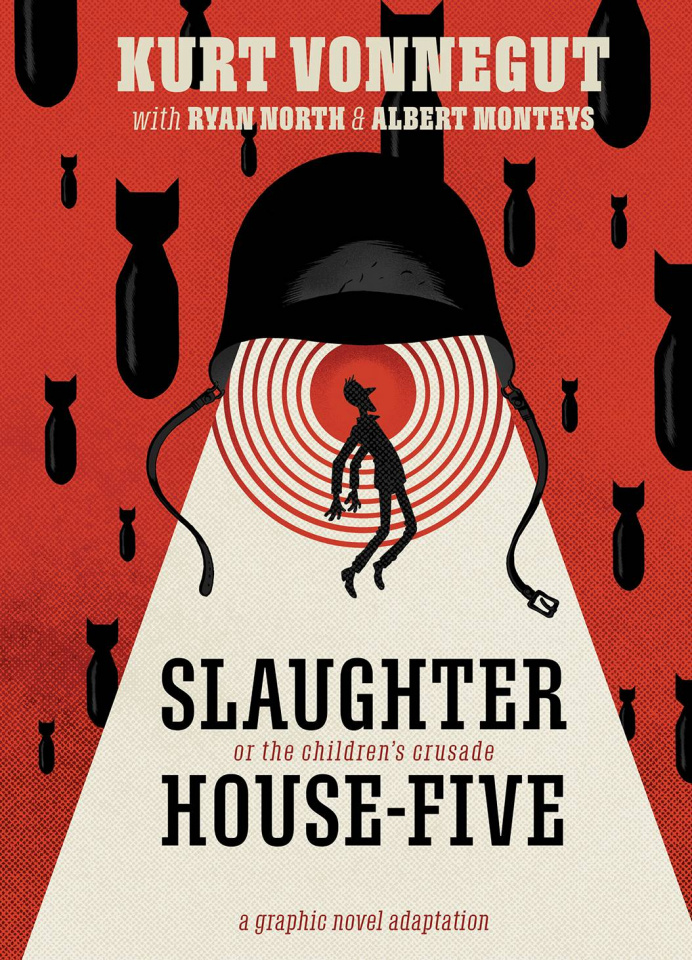