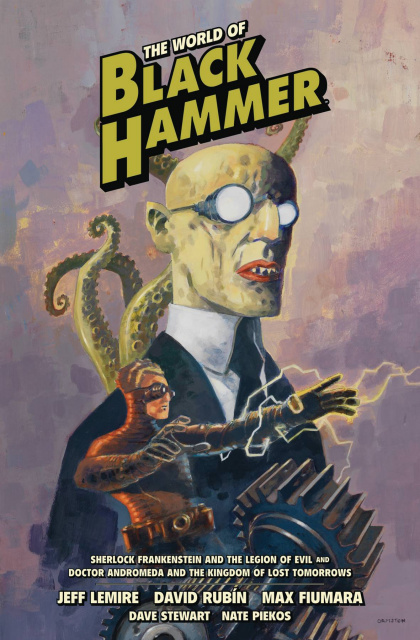 An expanded look at the world of Jeff Lemire and Dean Ormston's Eisner Award-winning Black Hammer universe, with two complete series drawn by David Rub n and Max Fiumara. Sherlock Frankenstein lies at the heart of the mystery of what happened to Black Hammer, Spiral City's greatest hero, and Black Hammer's daughter is determined to uncover his role. Doctor Andromeda, an aged crime fighter, desperately struggles to reconnect with his estranged son as he takes on personal demons and interstellar battles. Collects Sherlock Frankenstein & the Legion of Evil: From the World of Black Hammer and Doctor Andromeda and the Kingdom of Lost Tomorrows in a deluxe, oversized hardcover format with a new cover, sketchbook extras, and more!